Creative Focus: Do we need to bring zany back? 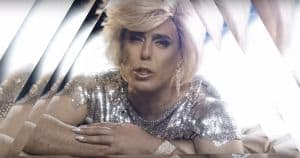 An OTT drag queen telling Israeli women, “I like myself the way I am,” is working. Is adland Australia too straight? Creatives weigh in.

I didn’t make it to the 2015 Cannes Lions (I know, cue the violins), but I watched a lot of the talks through the festival’s excellent daily video posts.

This is where I heard a theory called 'Eachness', developed by William James. Simply put, our brain is programmed to register information that is visually distinct. As it takes in copious amounts of information, the brain is not as interested in sameness, it is looking for, and recording, what is different.

We do it every day. When we describe someone we’ve met to a friend, we don’t say they had a head, two arms and two legs, we recall what makes them different. If we want to create experiences and brand interactions that stick in customers’ minds, we need to find the ‘eachness’ - the thing that makes it different. If we do, our customers are biologically programmed to connect.

A drag queen selling bran flakes is pretty random but ultimately a well-liked character can become something people fall in love (or hate) with.

It’s also a concept that lets you show the character in different ways, which I like – it’s flexible. I’m not familiar with the status quo of Israeli advertising at the moment but this campaign is random and quirky, so sure, people have noticed it and it has cut-through.

We’ve seen work like this in Australia with campaigns like Sam Kekovich for lamb and it works for a time, but I believe we’re moving into the era of beauty, authenticity and humanity in advertising, not shock and randomness. It’s much harder to create something that’s meaningful and authentic and is better for the brand in the long run. Australians are just damn tired of being shocked and we’re getting very good at filtering out loud and unsophisticated stimuli. Disruption needs to happen on a much more cerebral level now to have a lasting impact. I want to see well-crafted advertising in all forms that works for our clients.

Let’s start with the human brain. All the data tells us it’s designed to take notice of the unusual, the outliers - it’s probably something to do with not getting eaten by dinosaurs. We tend to filter out the expected stuff so we can focus more on the novel bits. This isn’t in and of itself an argument for more ‘zany’ advertising, but it does start to build the case for work that’s less formulaic. The next important piece is the ‘3-second audition’. With the social feed increasingly being the channel within which we view branded communications, there is now only a fleeting opportunity to grab the audience’s attention and encourage them to watch more. An unexpected or just plain random visual often has the ability to pique our interest enough to keep us watching.

As we’re all increasingly in control of the messages we consume, we need to make them either more useful or more entertaining - and being more zany is one way of achieving the latter.

One of my favourite agencies, Barton F. Graf 9000, is the master of using an idiosyncratic premise to give it permission to land what is often quite a straight message, and consequently achieve the holy grail of being both entertaining and informative.

There are lots of valid reasons for more quirky work. The trick is making sure that it’s structured to drive the desired message and action rather than being random for random’s sake.

I’m not sure I understand the question. Not because English isn’t my native tongue, but because I don’t understand why being zany would solve anything. Creative agencies are filled with some of the smartest people in the country, who work really hard to find ingenious ways to support their clients’ business. Too often, our creative thinking is wasted trying to come up with jokes in the hope of getting a cheap laugh, or for it to be shared via social to get even more laughs. And this
is very much driven by the creative industry itself as we chase 15 minutes of fame on the awards circuit. But that doesn’t create long-lasting change for our clients, does it?

This whole idea of the crazier the better, the more outrageous the more successful, has to stop. Yes, in order to get noticed, not doing what everybody else is doing is usually the better solution. But by outsmarting the competition, not playing the jester. And by focusing on the problem behind the problem, because that’s where creativity proves itself to be the most powerful force in business.

Firstly, before going any further can we please bury the word ‘zany’? It actually now conveys the opposite of what it’s supposed to and makes anyone using it sound like a complete c*#nt. In fact, it offends me so much that I’m going to refer to it from here on in this article as the ‘Z word’, to stop me from sounding like a complete c*#nt. That established, anything from lemonade to advertising becomes formulaic when created with a set process. The checks and balances in place along the way ensure this.

No one thinks or cares about advertising as much as advertising people do. No one. We literally analyse our overly strategised output frame-by-frame, pondering whether the red cardigan the out-of-focus background extra is wearing might just remind viewers of the competition or not. What’s happening via the YouTubes, Snapchats and snackable hashthingies, however, changes all that and smart marketers should scramble to re-evaluate.

With semi-naked celebrities licking honey off fully naked supermodels, maybe we should stop worrying about the friggin’ red cardigan and start thinking about how we’re going to compete for audiences’ multiple screen time and short-term attention spans.

So, bring on the drumming gorillas and the Flat Erics, because if advertising is going to stay relevant, it definitely needs more of yesterday’s ‘Z’ and less of today’s zzzzzzzz….

Madcap characters in ads just for the sake of it? Show-offs with nothing to say are annoying.

I’m all for a great idea giving birth to someone special like Australia’s Lambassador or The Man Your Man Could Smell Like. However, being in a creative industry constantly reminds me there’s more than one way to go at something and Flat Eric comes to mind. Rather than conception, Levi’s adopted this lesser-known puppet from a French art film and turned him into a star of abstract ads, to great effect. I believe we should exercise caution with zany characters and exercise caution with same-same too. In times of austerity, you have to manage risk, which can lead to sensible decisions. But when everyone is making the same decisions, do you really want to blend in with your competitors?

To connect with people, you don’t have to literally mirror your audience or tell them who they should be. Children loved Pixar’s Up story, yet the protagonist is a grumpy old man. So what do lamb’s Sam Kekovich, Old Spice’s Isaiah Mustafa and Carl from Up have in common? I reckon they’re all born from a great idea.