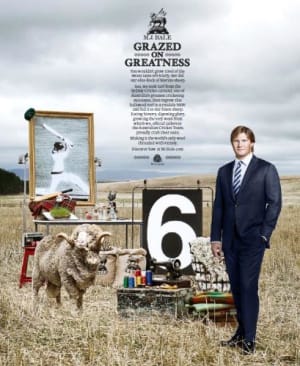 Australia has three campaigns vying for the top gong in the coveted Creative Effectiveness Lions, with work from Saatchi & Saatchi, Whybin\TBWA Sydney and Clemenger Melbourne in the running.

Saatchi & Saatchi's 'Penny the Pirate' campaign for OPSM is a hot contender for the award along with Whybin\TBWA Sydney's 'Grazed on Greatness' work for MJ Bale.

Also up for the award is Clemenger BBDO Melbourne for its 'Aussie Builders' campaign for Snickers.

The Creative Effectiveness Lion, launched in 2011 and now in its fifth year, recognising work that has had a measurable, proven impact on client business. While previously, the category was open to entries from among previous year's Lion winners and shortlisted entries, this year the category was opened up to shortlisted and winning entries from the past three years.

This year, the categories received 160 entries from 37 countries.

Australia is ranked equal first with the UK in terms of the number of Creative Effectiveness Lions awarded by country since the award's inception.