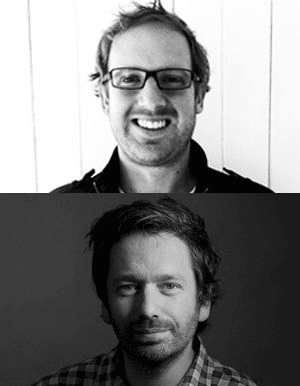 First up, a few words from the creatives themselves:

DK There’s a lot of work that’s really well produced. I was really hoping for some great ideas but unfortunately I feel a lot of polish has gone into some familiar thinking. In saying that, I thought the NSW RFS is a good idea and the Commbank spot.

RP Welcome to Manifestoville! You’ll love it here – we have gravitas-laden monologues, someone looking out over a mountain top that symbolises achievement, personification of brands, and some not-so-subtle product specs shoehorned into a brand narrative.

1. As Comfortable As You Are – Southern Comfort

DK A really, really tough brief, following up some of the best work going around, and without the big budget that I’m sure W&K enjoyed. This is an ok effort. It’s just trying too hard to be funny and ironic. And unfortunately for everyone involved, it’s always going to be compared to the original.

RP Well done, production company. When the creatives handed over a casting brief that said ‘find someone who looks remarkably like Bill Murray’ and the casting agents laughed in your face, you came through with the goods. This film does Bill and his glorious filmography (Groundhog Day is my personal favourite) justice. It’s not as good as Beach Walk, but works better than Hairdresser for me. This idea will be going for years and years.

2. When We Believe We Can – Commbank

DK Now I know where my bank fees go. “Kids acting out grown-up fantasies” isn’t a new construct but this spot is so well-crafted that it gets away with it. I’m sure people will find it charming and entertaining.

RP This makes me want to quit advertising for two reasons. Firstly, I couldn’t do much better work for a bank than this – it’s bloody good, built around a really nice insight, beautifully crafted with amazing music; it’s human and emotional. Secondly, it makes me want to piss off and start my own second-hand bookshop … with a café in the back ... you can bring in your old books and get a free coffee … I’d make the coffee, my wife would manage the shop.

3. Advice To A Younger Me – Southern Cross Insurance

DK It’s really well-shot and the voiceover is nicely written. The idea seems to unravel near the finish. I think it would be a better ad without the baby at the end. It’s just not believable that anyone would talk to an infant like that.

RP I can see the idea. Learn life’s lessons early; make the most of the time and health you have. But it just comes across as another manifesto ad to me. The gratuitous ‘overlooking the cliff’ shot and the baby at the end don’t really help. Young professionals need to hear this message: when was the last time you took time away from work to have a general check-up with your GP? I’ve postponeda dental appointment six times in 18 months. I wish this film could have made me change, but I just phoned the dentist and postponed it again.

DK I’m not sure why the boy is imagining graphic lines but possibly no one apart from me will question this. The idea works and no one will be offended by the ad. It is a classic car ad, which is both its strength and weakness.

RP The next manifesto, and this one’s no better. The first segue sets the scene – moving swiftly from ‘we all like to imagine a better tomorrow’ to boot space. The connection between the car’s specifications and this film’s purported ethos is pretty tenuous. Sounds like this ad has gone through the global blander. On a positive side, I love night driving sequences. This isn’t as good as VW ‘Night Driving’, but it still looks pretty.

DK Having had first-hand experience of Black Saturday, I’m all for being prepared for bushfire season. ‘Fire has a plan’ is a simple idea that I imagine has the potential to roll out across many channels in really innovative ways. The ad is nicely shot but the voiceover seems a bit over the top. It’s brave for the RFS to suggest they won’t be there to help you. But that shows they’re serious about how deadly the situation can be.

RP I am fire. That got me. Very Mordor. Great to see evocative work for a really important issue. Being a recent Victorian immigrant, I’ve noticed the spectre of Black Saturday is still very much around. So, I’m glad this work for the NSW RFS is powerful enough to get the message out there. Great cinematography, good sound design; it just feels like it needs a more original call to action. Did we need a retail voiceover at the end? Couldn’t Mister Fire have taunted us into action?

DK This is a fairly well-worn path. I imagine the agency had loads of great ideas but unfortunately somehow this one got picked. I don’t know if it’s just me, but when I saw this ad for the first time I thought the guy at the end called his date ‘Vinyl’. Maybe someone somewhere along the line needed to consider this.

RP I’m really glad I’m happily married. Dating sucks. This film does a good job in pointing out that dating sucks, but I’m not sure it does enough to turn it around, especially when eHarmony relies on questionnaire responses to build a dating persona. Surely you’re more likely to keep dating the same type of person? Dating sucks. If I was single, I’m not sure whether I’d be a Tinder guy or an eHarmony guy. Probably both - cast the net wide...