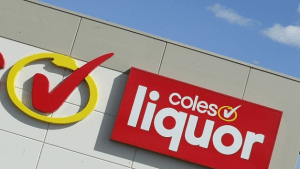 The WPP-owned agencies replace incumbent AJF Partnership, which has held the account since 2015.

Spinach is now the lead agency on the Liquorland brand, while JWT will run the creative for First Choice Liquor and Vintage Cellars.

"You’d expect nothing less than a very thorough competitive pitch process from a company like Coles, so we are doubly delighted to be appointed to the Liquorland business which is the cornerstone of the Coles Liquor Group," he said.

AdNews revealed Coles Liquor was pitching its creative in February as a part of a statutory review of its agency relationships.

The pitch did not impact Coles Liquor's media agency, OMD, or its digital/CRM agency, CHE Proximity.

It's a significant win for JWT Melbourne following the loss of Vegemite and RAVC earlier this year - two big accounts for the agency.

The appointment follows a strong period of growth for Spinach, which recently picked up the Queen Victoria Market media account.