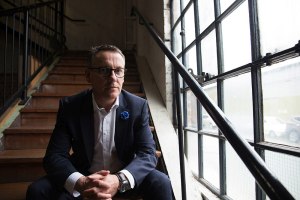 Brands need to realise they are no longer the custodian of their brands and instead of stressing over customer complaints, CMOs should look at the marketing opportunity, according to Salesforce APAC boss Lee Hawksley.

Speaking to AdNews, Sydney-based SVP Hawksley, says five years ago the talk was all about ripping costs out of businesses, return on equity and balance sheet items, whereas now, conversations are about adding more excitement and value to the customer experience.

“I think that's a product of the CMO role growing in terms of not only its importance, but its scale and the number of parts of the business that it actually touches,” Hawksley says.

“A smart CMO and a smart CEO realises that a customer complaint is actually a marketing opportunity whereas historically, it would never be seen that way. It's an opportunity to actually engage with a customer in an entirely different way than what was possible before.”

On the importance and changing dynamic of the CMO role, Hawksley, who was formerly SVP JAPAC at ExactTarget, which is now the Salesforce Marketing Cloud following the 2013 acquisition, says a clever CMO realises the customer is actually the custodian of their brand - not the brand itself, or their agency.

“The customer is empowered, they're vocal, they can speak without reservation on any online channel they want about any brand they want. And really, the brand is the sum of the conversations that are happening about them in the marketplace at any one given time,” he says.

“If those brands and CMOs and CEOs are not aware and engaging in those conversations, then they're either missing an opportunity or they're watching their brand go down.” 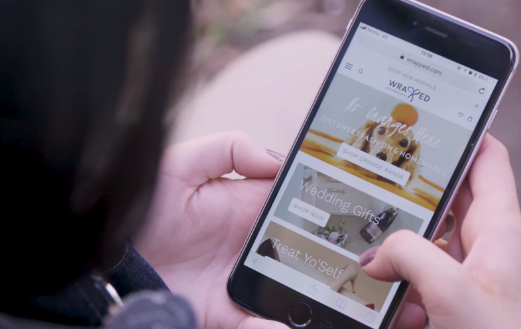 Hawksley, who leads Salesforce’s enterprise business across Asia-Pacific and deals with top marketers, explains that the conversations he is having with most CMOs are very different to what they used to be.

Salesforce, and its rivals such as Adobe, Marketo and Oracle, have been steadily increasing their share of marketers’ budgets by offering out ‘marketing cloud’ software that sees brands scrap cumbersome legacy software in favour of slicker, more seamless platforms.

Most large brands work with one of the aforementioned and once on-board, the tech platforms seek to upsell brands extra offerings such as ‘data and analytics clouds’ and ‘artificial intelligence clouds’.

Three years ago Hawksley says CMOs were campaign-centric in their thinking, explaining it was “all about campaign activation, call to actions and all of the other traditional stuff that everybody learned at university about marketing”.

He says it has changed and is no longer just about “seeing a great ad or getting sent some great direct marketing” – it’s about customer journeys, customer experience and removing friction from the processes.

Hawksley says brands are increasingly under pressure to perform better for consumers and steps must be taken to avoid frustrating the consumer.

“If you think about it at the most fundamental level, large companies have a customer at one end and a product that they want to sell at the other end and in between this is years and years of investment in front office systems, middle office systems and back office systems to connect the two things together,” he says.

“In a world where Uber allows you to get a car in two minutes with two clicks of an iPhone, that's not acceptable. That amount of friction in those systems in between is just not acceptable to a consumer anymore. So, it actually doesn't matter what product or service that you're providing, if it's more difficult than catching an Uber, it needs to change.”

Spray and pay is alive and kicking

Hawksley says there’s a whole spectrum of conversations with CMOs who are looking towards the future, but there are “still people that are in the dark ages”.

“Some are still doing 'spray and pray' email marketing,” he adds. “Now, yes, email marketing is still the workhorse of the digital marketer’s toolkit, but you've got to apply some intelligence to it.”

He also says attribution remains one of the big unsolved problems for marketers.

On the subject of short two-year tenures of CMOs and if this stagnates advancements in attribution, he says while a lot may be written about short CMO tenures, he personally doesn’t see it.

“We've got some amazing CMOs in Australia and really forward-thinking CMO's that are digital natives. They've been bought up in a digital world, they don't know anything else,” he explained.

“What's changed is the CEO mindset. It’s changing to be very, very customer-centric in an authentic way - a truly authentic way.”

So, who is at the table when Salesforce its pitching?

“I think one of the biggest changes that I've seen over the last three years is that the CIO is now part of the conversation and that partnership between the CMO and the CIO, in my opinion, has got way, way better and it needed to," he says.

“They are now part of the conversation and they absolutely need to be and, if the CMO has not got a good partnership working with the CIO, then they're not going to extract the value out of the tools and the platforms that they're buying.” 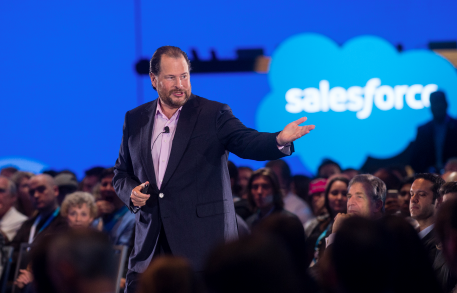 Salesforce competes with Adobe on a frequent basis, but Hawksley says “it's not a religious debate”. He says Salesforce prides itself on having a customer and data-centric perspective around marketing, and such competitive situations only force both to bring their best game to the table for those brands.

“If you ask five people to define a marketing player, you get 15 answers. Lots of people have Adobe and Salesforce coexisting. Will there be a holy war in the future? Who knows.

“But our overlap with Adobe is not that big. There's no creative suite in our universe, they kind of dominate that marketplace.

“Clearly, we compete with Adobe in very big areas of the marketing cloud. It just is what it is. Competition makes everyone stronger and healthier and is good for the customer.”

The role of media agencies

While Hawksley says he’s glad he works for a software company and not a media agency, he says media agencies are still a highly trusted part of a brand’s mix.

“Most marketers get nervous if their media agency is not somewhere close to them,” he says.

“So, I think that trusted partnership - even though it's been through some peaks and troughs in recent years that we all read about – is there, but they've got to find a new way of adding value to that relationship.”

He says brands are seeing that a lot of the value media agencies traditionally provided is being replaced by and with first-party data at their fingertips, the power now is back in the brand's hands.

“So, the media agency needs to find a new way of consulting to that brand that is different to the way that it used to be.

“The nature of the relationship needs to change. I don't think they'll go away because there's still an incredible amount of IP within those agencies. They just need to change the way they deliver it and maybe monetise it.”