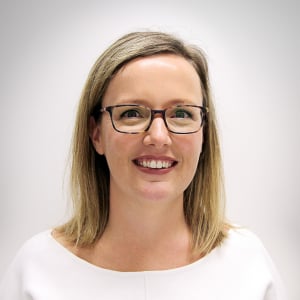 Jade Clark joins the team, which Clemenger CEO for Sydney and Melbourne Nick Garrett says will help get the Sydney shop's creative output to "where it needs to be" - with more hires set to role in this year.

Throughout her career she has worked across a number of large local and international brands including Westpac, Telstra, Ikea, Bupa, American Express and Hendricks Gin, among others.

Last year, Garrett was promoted as CEO to account for Sydney and Melbourne. Ever since, slowly and steadily, he has been instrumental in building a strong team in Sydney.

Clemenger Melbourne is known for its consistent strength, with Garrett leading a strong year for the agency in 2017. His task is now to ensure the Sydney shop is also firing on all cylinders.

“Jade is an incredibly smart, enthusiastic and brilliant talent, and we’re all looking forward to working with her," Garett says.

"There’s work to be done in Sydney to get our creative output to where it needs to be, and Jade is one of a number of exciting hires we’ll be making over the coming months."

Managing director of Clemenger BBDO Emily Perrett says she's pleased to have the new recruit join the team as it expands its capability and service offering in the CX space - all part of Clemenger Sydney's evolving our business model.

“I’m incredibly excited to be joining Clemenger BBDO. Working alongside Nick and Emily to help evolve the work we do for our clients is an opportunity which was too good to pass up," Clark says.

"Their passion and energy is palpable and I’m looking forward to the new challenge."