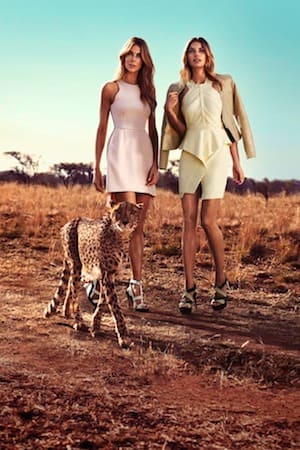 Clemenger BBDO has emerged victorious in the long running battle for the Myer account after a two-way shoot-out with incumbent Badjar Ogilvy.

Sources at Myer confirmed the appointment with AdNews this morning.

The announcement brings an end to the drawn out out battle for the business which began reviewing 12 months ago.

At the time Myer said it would announce the outcome in December, but the review was stalled when the hunt for a new marketing director was launched.

The company hinted in June that the review could again be delayed after former Apparel Group executive Daniel Bracken was appointed to the role.

Myer CEO Bernie Brookes said in a statement: “We are excited to bring Clemenger on board, and look forward to a fresh new approach in our advertising and marketing strategies.

“I want to thank the team at Ogilvy & Mather who have served Myer so well over the years.  STW will continue to be an important partner to Myer in a range of other marketing services."

Clemenger Group Chairman Robert Morgan described the win as one of the great moments in the agency’s history. “Myer is such an important part of Australian life. It’s a real privilege to be entrusted with the opportunity to work with them,” Mr Morgan said.

Details of Clemenger's role have still not been defined, but the move will see Badjar Ogilvy having to dismantle its operation based in Myer's Dockland's headquarters.

The timing is also a blow for Badjar Ogilvy parent company STW group which last week warned that advertising conditions were "seriously tough" and that the company was "not living up to expectations".

At the half-year presentation CEO Michael Connaghan admitted that recent account losses and the failure to capture the new business was a situation the group needed to address.

Recent losses have included Vodafone, which Ogilvy delined to pitch for, and Ikon's losses of Diageo, Coca-Cola and RAC WA.

Ikon is also defending its hold on the Commonwealth Bank account, the brand that helped create Ikon 15 years ago.

Ogilvy Australia CEO David Fox said the agency would continue to work with Myer until the end of its contract in February next year.

"Ogilvy is incredibly proud of the countless effective campaigns it has created for Myer over the past decade," Fox said.

"Naturally we are disappointed we will not be continuing our successful working relationship beyond February next year, however we wish them every success for the future. We have always done great work for Myer. Our main objective now is to continue to produce great work and help Myer through the transition period until its new agency starts next year.”