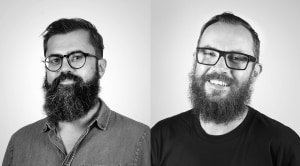 Clemenger BBDO Sydney has announced a change of creative leadership with the departure of chief creative officer Ben Coulson.

Clemenger BBDO Sydney CEO Pete Bosilkovski says the agency made the decision to change its creative leadership as part of its "considered business transformation".

"We would like to thank Ben for his contribution and talent over the years and we wish him every success in his future endeavors," Bosilkovski says.

"During the past year, Brendan and Darren have demonstrated unrelenting commitment and leadership in helping drive the Sydney business. They have been instrumental in leading the creative output across our client portfolio. We are delighted for them and we know our creative leadership is in exceptionally safe hands.”

Coulson joined the Sydney agency from Y&R in 2017 where he was CCO for Australia and New Zealand, succeeding Paul Nagy at the time.

Willenberg joined the agency in 2012 from McCann. AdNews recently spoke to him for our weekly Industry Profile column.

Wright joined the agency in 2017 when he moved to Australia, bringing experience at Grey London and Weiden + Kennedy with him.

The leadership changes follow several new wins for the Sydney office including Blue Ribbon ice cream and Demazin under the helm of CEO Pete Bosilkovski who joined the agency last year.