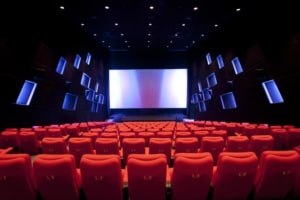 A combination of cinema, digital and TV spend helps advertisers increase brand awareness and improves effectiveness of campaigns, according to a recent Kantar Milward Brown study.

The 'Halo Effect', an independent study commissioned by Val Morgan, surveyed 2,800 people nationally and found that including cinema in the mix strengthens brand awareness and campaign effectiveness dramatically, as well as increasing reach

The study indicated running ads in cinema provided an 8% incremental reach to each case study it looked at, with 40% of the total cinema reach delivered being incremental to either TV or digital.

As well as this, cinema can extend exposure to light TV viewers who are traditionally hard to reach, which helps balance the frequency distribution across screens. 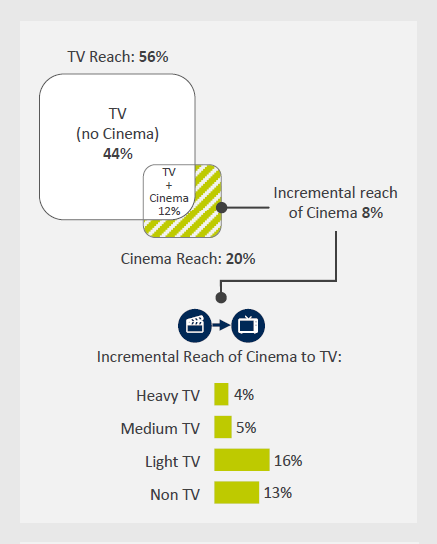 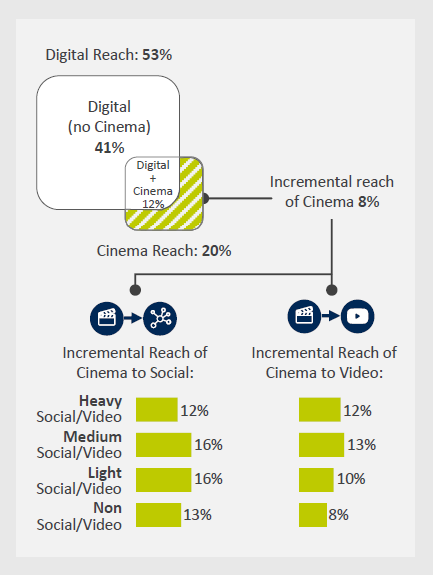 The purpose of the report is to show that including cinema in a media plan improves the performance of the overall campaign.

According to the report, while TV and digital play key roles in driving audience reach and brand impact, both suffer limitations;

For Val Morgan national sales director Tristan Wyse, the issue is media fragmentation, so channels need to be assessed by both their individual performance as well as how well they perform with other media.

“Until everyone is willing to share their toys it’ll be down to proprietary tools and third party research to understand how everything works together,” he says.

The report claims half of cinema's effect comes from cinema alone, half from seeing ads on cinema plus one other screen. 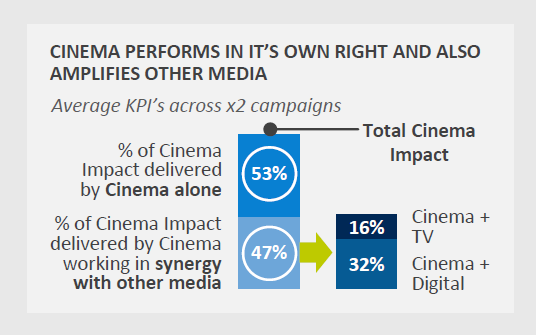 In terms of cinema, the study found the cross-channel impact, or synergy of media, contributes on average to between 20-35% of overall brand effects (awareness, equity, association and consideration) for a campaign.

The study pins this down to cinema's ability to hold the attention of an audience better than other channels because it's a large screen, a dedicated environment, it's socially unaccepable to use phones in theatres so audiences are not distracted by a second screen and ads can't be skipped. It sees 90 million visits a year and a third of people in metro areas have gone to the movies once in the last four weeks. 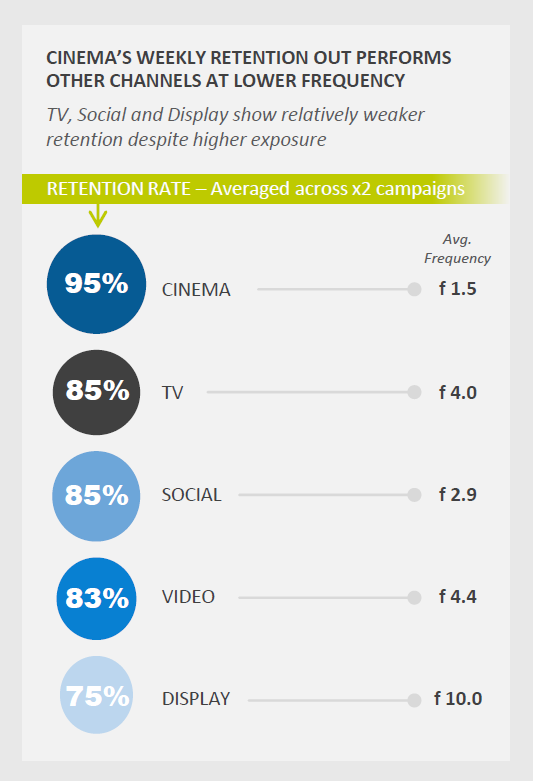 Cinema ads also have the most positive response versus other channels, and a higher retention rate, even at a lower frequency. 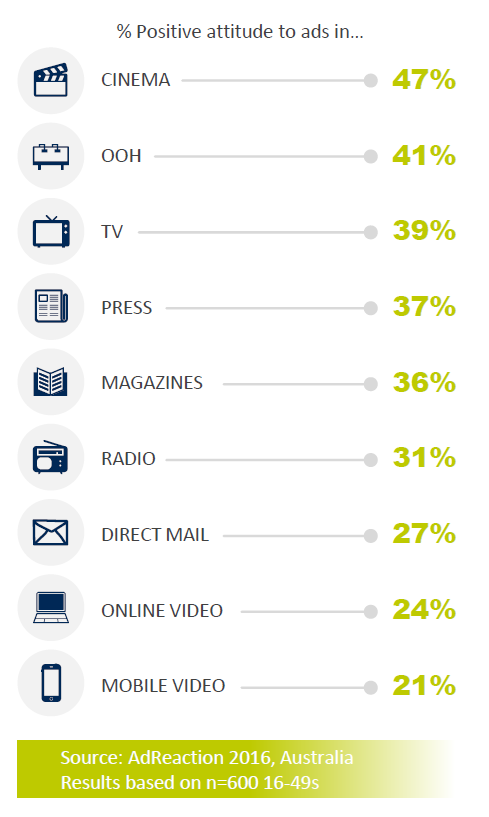 It found audiences had a 95% retention rate of a campaign when watching an ad approximately 1.5 times. This means the cinema viewers have almost a complete memory of the ad having seen it less than twice.

For Wyse, the study is crucial encourage advertisers to reconsider the value of cinema ads.

“Rather than old, cookie-cutter approaches to cinema buying, we’re seeing clients think more about the formats available and how it can dovetail with other screen activity it’s likely to be running alongside,” Wyse says.