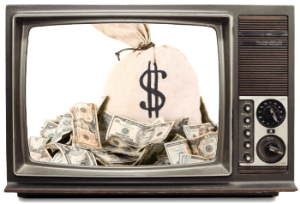 Television, cinema and outdoor media bookings have had a strong June across most categories once the effects of last year's federal election are taken into account, according to the latest Standard Media Index figures.

Overall, the market was down by $60 million to $597 million, but when the election bump is removed, bookings remained largely flat (down 0.6%) year-on-year. It is likely the market will increase once late digital bookings are added and the SMI predicts the market is on track to deliver a fifth consecutive year of record financial year advertising expenditure.

Television bookings, excluding government spending, were up 3%, another positive month for a channel that has seen an upturn this year. Other strong performers include outdoor, up 13%, and cinema, up 20%. Radio was flat while print had double-digit declines, but neither of these categories include digital.

Digital was down 5.7% when government spending is stripped and 10.8% when it is included, although the figures do not include late bookings.

Even when last year's election media bookings are included in a year-on-year comparison, both outdoor (7.4%) and cinema (10.3%) grew while television was down 11% - illustrating just how much election campaigning there was on TV in the month leading up to the vote.

Other key product categories, such as automotive brand, lifted media booking by 7.6% this month, home furnishing and appliances grew ad spend by 14.4%. The winter chill has coincided with a slight drop off in retail ad spend, down 1.5%, and travel bookings, down by 10.8%.

“As I said last month, federal elections are like Olympic broadcasts from an advertising revenue perspective and are absolutely abnormal events, and that’s even more apparent this month given the proximity to the date of last year’s fiercely contested Federal election,’’ SMI ANZ managing director Jane Schulze said.

“So, again, it’s important to look at the underlying result and also the longer-term trends and despite all the tough comparative challenges from last year, Australia’s agency advertising market is set to deliver its fifth consecutive year of record financial year ad spend which underscores the strength of our market.’’