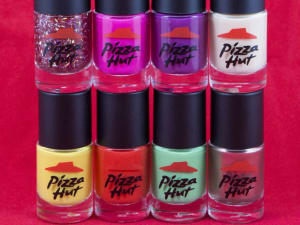 Pizza Hut and Valentine's Day might not be as obvious a match as dough and cheese, but head marketer Fatima Syed is promising more of the unexpected as it aims to act like “a challenger brand”.

It's not Pizza Hut's first foray into Valentine's Day promotions – it released its Eau de Pizza Hut perfume in 2013 – and is unlikely to be the last, with Syed promising much more in the way of tactical spots.

“Pizza is a very competitive category, so we have to do a mix of long-term strategic brand building but also tactical initiatives to make sure we are competitive in that space,” she said.

“That's why we we went for February: December and January is extremely busy for food with Christmas and parties, but February is when everyone is back into the swing of work. It's probably the dullest month of the year really, after a few very big months, so it's the perfect time to bring some energy back into the brand.”

While the campaign has only been running for two days, Syed said it's already doing well, with more than 140 entries clocked up after roughly 24 hours. She said the reason the campaign has been well-received is that its a novel idea.

“The brand is having fun and I think consumers like that,” Syed said. “If they're going to engage with a brand it has to be relevant for them.”

Pizza Hut appointed Host as its lead creative agency in November last year, and the Valentine's Day campaign was a collaboration between Host and its PR agency Access PR. Syed said the brand is planning much more in digital as it looks to boost its innovation.

“That means approaching media very differently and doing things very different so there is going to be a lot of innovation coming from us. Watch this space.”