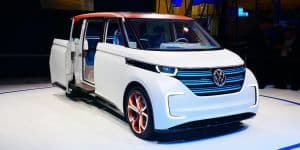 While the Consumer Electronics Show (CES) can be the cause of gadget envy for devices you never knew you needed, every year there are themes that seem to act as a roadmap for the focuses of the year ahead. Below are the trends we believe are going to be top of mind for brands and agencies 2016.

While we saw some brands such as Samsung and Tourism Australia dabbling in VR last year using it for campaigns and eyeing it off as a focus, respectively, VR hadn't yet made its way into the mainstream. That could all be set to change with the Facebook-owned VR company Oculus announcing its Rift headset is be going on sale this year. The headsets are due to be shipped in March, retailing at US$599. HTC is also preparing to launch its own VR offering Vive while Sony will be launching its own PlayStation VR offering, so 2016 is shaping up to be VR's year.

Another big trend of 2015 was wearables, mainly sparked by Apple releasing its much touted watch. Research from IPG released late last year highlighted that half of Australians aged between 18-64 intend to buy a wearable in the next six months, and after CES it appears they're going to have a lot of choice. In the watch category, Apple now has some stiff competition, with Fitbit rolling out its very own version, the Blaze smartwatch. It will be available in March and much like the Apple Watch, will be customisable, with users being able to change the watch's band. One interesting thing to come out of CES is wearables have now well and truly extended out from what people wear on their wrists. In Las Vegas, Samsung unveiled a smart belt, a bag with solar panels and also a “Smart Suit” that allows you to unlock your phone as soon as it leaves your pocket. It also allows you to exchange business cards digitally. CES also saw brands launch smart jewellery, helmets and sunglasses.

While Netflix isn't what some would call a trend, it was the brand that made one of the biggest splashes at CES in 2016. At the brand's keynote, Netflix's co-founder and chief executive Reed Hastings announced the service was going live in 130 countries, marking the birth of a new global internet TV network. He says, “With the help of the internet, we are putting power in consumers’ hands to watch whenever, wherever and on whatever device”. Hastings also revealed the platform would be investing in content, creating 31 new and returning original series, two dozen original feature films and documentaries, as well as stand-up comedy specials and 30 original kids series. Some at CES commented the Netflix announcement will spell more change for internet providers rather than the actual streaming service itself, as providers mull upping internet usage limits.

The automotive industry is one that is clearly readying itself for its next phase, with some 10 automotive brands showing their plans for the future at CES this year. Five years ago there were no automotive brands present. BWM, Ford and GM were all in attendance with grand plans for the future. Driverless cars were high on the agenda, however more importantly for adland, the connected car seems to be gaining momentum. At this year's CES, Volkswagen launched a revamped version of its Kombi Van, the BUDD-e. What brings this car well and truly into the 21st century is the fact it can communicate with connected devices at home. Need to know what's in your fridge? Need to unlock the doors to let your guests in because you're running late? Now with your car you can. The future is here. Or more aptly, the future is coming.