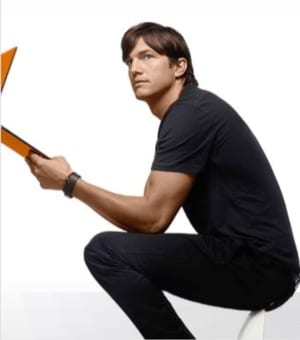 Until Lenovo worked with TubeMogul, the brand’s media assets and video creative creation were separate from its media buying and management team. Lenovo wanted to break down the silos, and sought a more efficient process to deliver its global programmatic creative advertising.

Lenovo’s global campaign promoted the YOGA PC and tablet devices by featuring Ashton Kutcher in a compelling series of mascot-themed ads that included a baby, beaver, goat, wrestler and even human toes.

Using an ‘always-on’ approach, the Lenovo ANZ team deployed different ad units and gathered insights on the effectiveness of each ad variation and execution.

Lenovo then leveraged the TubeMogul creative team’s familiarity with the existing assets and knowledge of regional needs to select and localize the creative that would perform the best in Australia and New Zealand. As data was returned to the team, it helped inform mid-campaign decision making, allowing the brand to dial up or dial down spend on specific videos and inventory.

Once the campaign was complete, Lenovo Australia was able to share insights with global colleagues on what creative was most successful, advise if new creative was needed and recommend the types of websites that secured highest engagement.

This global approach to its programmatic video advertising strategy reduced the need for additional iteration and build time for Lenovo’s local creative team.

By teaming with TubeMogul, Lenovo was able to achieve a unified look and feel across campaigns, using a single production point.

The company was able to reduce the turnaround time for iterations with a single creative build team for all regions and could make adjustments to the campaign pre- and mid-campaign.

Lenovo secured a 30% cost saving on its interactive ad unit creation by streamlining its ad creation and working with the TubeMogul creative team. A global interactive template was created, allowing for small tweaks to be made cost-effectively in each region. That reduced the cost of development and iteration for each ad unit by a third.

“We were able to move quickly and with precision by working with TubeMogul in Australia to create and deliver the best programmatic video creative advertising to our target audiences,” said Sara Palmieri, Lenovo Marketing Lead, Australia and New Zealand.

“We were also able to adopt a nimble test-and-learn strategy that allowed us to be innovative and get great results with the actual campaign.”