Carat holds onto Disney and scoops its NZ business 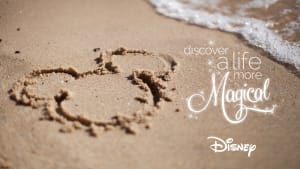 Disney has confirmed that its media account will stay on with Carat in Australia.

The multinational mass media and entertainment giant confirmed the account was up for pitch back in February, hot on the heels of its first brand campaign in a decade.

The account is thought to be worth somewhere in the region of $26 million.

A Disney spokesperson said: “After a review, The Walt Disney Company Australia and New Zealand will keep Disney’s media business with Carat in Australia, and has awarded the business in New Zealand to Carat as well.”

Disney’s theatre productions, currently with Slingshot, were not included in the pitch.

Carat CEO Simon Ryan stressed he was “pleased” to be continuing its relationship with Disney.

In February this year The Walt Disney Company unveiled its first major brand campaign in Australia for more than a decade, hoping to remind viewers that Disney can make life a little more magical.

The free-to-air TV ad campaign kicked off in Australia and New Zealand, and complemented subscription TV exposure as well as in-cinema, social, and online media placements. Watson-Wheeler served as executive producer on the spot, along with Scott Creswick of Creswick Creative.

During the same month, AdNews revealed that The Walt Disney Company Australia and New Zealand was hunting for a chief marketing officer as its current CMO, Kylie Watson-Wheeler, moved into a role within the company.