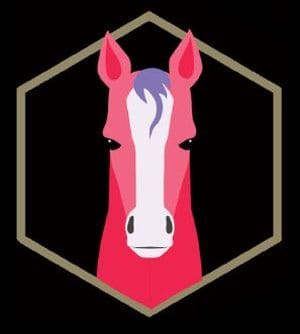 Bohemia’s data intelligence platform 'The Brain' stumbled at the finish line and failed to pick last year's Melbourne Cup winner, but this year it's back and more confident than ever.

While not many changes have been made to the algorithm, there have been tweaks made to ensure the Brain can get back to its first year glory.

Bohemia's group data and attribution director, Steve Wright, told AdNews that more people are now on The Brain's team and it's even taken outside advice to ensure The Brain is back to its best.

“We haven't made too many changes to the formula. We had six people working on it this year as opposed to just a few last year,” Wright said.

“One of the team read an article by the infamous David Walsh, who made all his money making a gambling algorithm, and he said that the jockey's influence is always under valued, so the only tweak we made was we increased the value of the jockey that was on the horse.

“We've looked at their form over the last 12 months and that's played a slightly bigger part this year.”

So who exactly has The Brain backed? The Brain has put Criterion in first place, followed by Trip to Paris and Bondi Beach rounds out the top three.

Slightly controversially the favourite Fame Game is nowhere to be seen in The Brain's top five.

Wright however stands by the data, saying: “We think there's two things that have scrapped it out. There's been a bit of rain in Melbourne in the last few days and the horse that's come in at fifth, Sky Hunter, he's got very good form going into the race.

“We think potentially Sky Hunter might be the dark horse, but we backed ourselves. We don't want to have any of our bias going into it, we back The Brain.”

Despite The Brain not doing its best work last year, the agency is putting its money where its mouth is with most staff, even an ex-staffer now living in Germany, backing the Brain's pick Criterion.

You can see all the Brain's picks by clicking the image below. 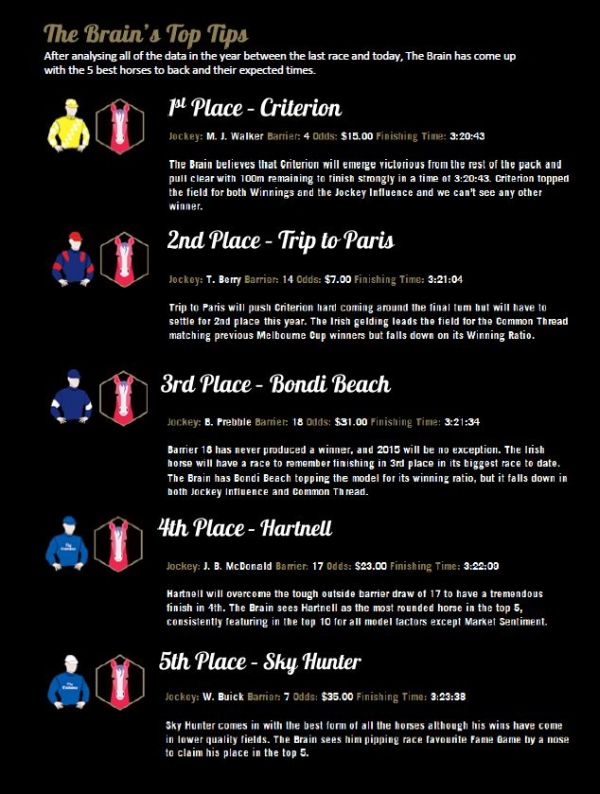