Bohemia's Brain is back: Can it pick The Melbourne Cup winner again? 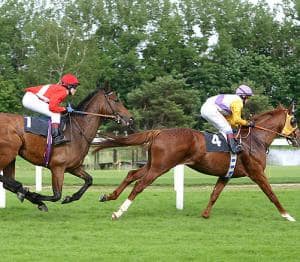 Last year, Bohemia’s data intelligence platform,'The Brain', picked Fiorente to win the race that stops a nation and it did, within one second of the time Bohemia's data crunching platform predicted it would. This year The Brain wants to go one better.

Picking the winner isn't good enough for Bohemia's data intelligence platform The Brain this year, it's hungrier for even more data. This year The Brain will take into consideration factors such as geographical data and detailed research on each jockey providing new dimensions to the model.

For the rest of the year, Bohemia uses its data platform to fuse data sets to solve client briefs. But for the Melbourne Cup it wants to predict the winner.

Bohemia's group data and attribution director, Steve Wright, told AdNews that adding in extra data to the model isn't messing with a winning formula, it's improving it.

“The whole concept of a database management platform is it's not breaking what already exists, rather it's adding to it and enhancing it,” he said.

“That's why we haven't changed the threads that go into the model, we've just included two new ones, the home state hero and the jockey influence. We feel that adding things as you find new data is the best way to go, rather than building new models from the ground up.”

With the two new factors, Wright believes The Brain can do even better than its winning performance last year.

“It’s an interesting field this year, it's going to be tough to predict but we're hopeful we've got the winning formula as we predicted it last year, we've got a fair bit of confidence.”

The staff at Bohemia are also on alert as some were so foolish as to disregard The Brain's prediction last year, “A few of them did [bet against The Brain's pick] last year to their peril and we've had people apologising, they'll be backing what The Brain says this year,” Wright said.

“Just about every single person has popped their head in to ask for our tips this morning.”

If you trust The Brian see all its tips by clicking the image below. But remember - it's just for fun. 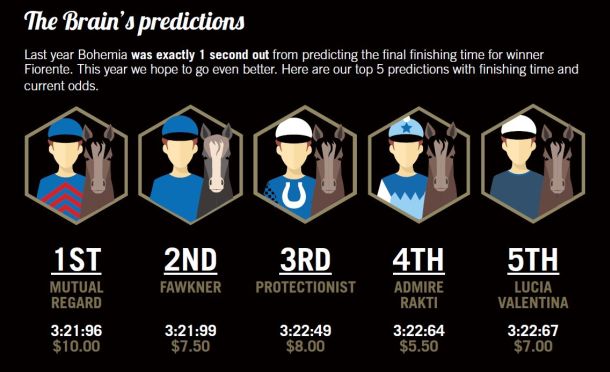