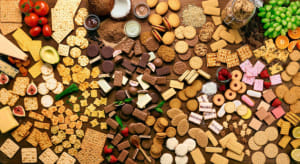 Campbell Arnott's is pitching its creative and media business in APAC and North America as it eyes a holding group solution.

AdNews understands Omnicom, Publicis and WPP are all vying for the account, which will also span PR and digital duties.

The pitch is in its early stages and isn't expected to complete until mid-2018.

The creative account currently sits with Omnicom's Clemenger Group, which won the Campbell Arnott's account from DDB Sydney in 2015 and created bespoke agency The Kitchen Table (TKT) Sydney to service the business.

For the last two years, TKT Sydney, has worked across Arnott's suite of food and drink brands, which include Arnott’s Shapes, Tim Tam, Vita-Weat, Campbell’s Soup, V8 and Real Stock.

Most recently, TKT Sydney worked on Campbell Arnott's first Christmas campaign, which reminded Aussies to leave a biscuit out for Santa.

TKT Sydney also led the new campaign for Shapes, released ealier this year, and a push for Arnott's Biscuits, which zoned in on special sharing moments.

Holding group pitches have been increasing in popularity globally. In November, Bankwest named WPP as the holding group responsible for all its marketing functions. The win for WPP AUNZ shows its global model of 'horizontality' is becoming increasingly of interest to brands.

Publicis has a similar horizontality strategy in Publicis One, which offers clients the ability to tap into the entire range of Publicis Groupe's skills.

Campbell Arnott's and all holding groups mentioned above declined to comment.