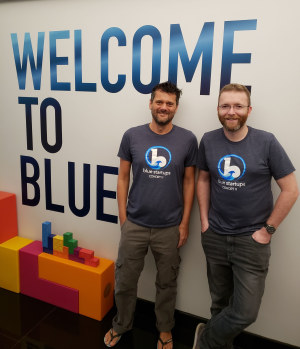 Brisbane developers are using artificial intelligence (AI) to help marketers, agencies and business owners predict the success of digital advertisements with a confidence interval of 82.4%.

Junction AI, a Brisbane, Australia and Austin, Texas based start-up, has developed a proprietary AI machine learning platform to take the guesswork out of selecting the right images, text and video for Google Ads, social media ads and posts, and web promotions.

The platform’s AI derives as many as 28,000 data points on an ad creative, then runs up to 75 million tests to make predictions on the success of an ad within a fraction of a second.

Marketers drag and drop their images and text on to the dashboard to receive a percentage score on the probability that their promotion will to convert with a target audience.

They also get AI enhanced capability to help them improve their selections, insights on what works and data objectivity to back up their decisions.

The platform is currently in pre-release testing and proof trials with 12 agencies and brand marketers in the US and Canada, and soon Australia.

Early testing has shown a 90% reduction in time and cost for marketers when selecting the creative image and copy and shown three times better results on ads in B2C within a few days.

One company the start-up has worked with is RateBroker, a mortgage, insurance and other services shop and compare service.

It was asked to test RateBroker's Google Adwords campaigns for mortgages.

Several ads were crafted in the platform, scoring between eight and ten out of ten. For a baseline it also scored the company’s existing mortgage rate ads, these were generally two to four out ten.

The Junction AI platform is the brainchild of Brisbane entrepreneurs Vance Reavie and Robert Turner.

As Junction AI’s chief technology officer (CTO), Turner leads the Brisbane based development team and a remote team including members in Sweden and Toronto, Canada.

Reavie, Junction AI’s CEO, is now based in Austin, Texas, where he leads business and product development from the company’s headquarters.

“Digital ads are $8.8 billion market in Australia - $300 billion in the US, yet only 2% or less of these are converting. Marketers and agencies only need to change that rate from 2% to 2.5% to increase their ROI (return-on-investment) by 25%,” Reavie says.

He says the use of AI allows brands and agencies to spend less money and time on testing.

Turner and his development team use a combination of AI techniques like image analysis, natural language processes, semantic reasoning and neural nets to understand how data is conceptualised by the customer audience.

“For example, in a digital ad for a travel company we don’t need AI to tell us that is a photo of a snow-capped mountain,” Turner says.

“But we do need it to analyse the thousands or millions of customers and how they react to or perceive the image, i.e. a great hiking or heli-skiing opportunity, to know if it will be a successfully engaging ad."

Junction AI has received investment from a variety of angel investors and from Blue Startups, as well as founder funding.

Junction AI was one of six companies chosen from over 500 for the program.

The final week of the Blue Startups Accelerator program saw Junction AI spend a week in San Francisco Bay Area with a venture capital attended demo day for pitching and a week of meetings and sessions with sector leaders.

The company is now planning for the full product launch and are hiring additional team members both locally in Brisbane and in the US.