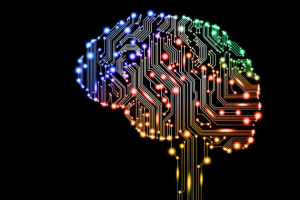 Formerly known as IBM Watson Marketing, Acoustic was sold off by tech giants IBM earlier this year and rebranded with a sole focus on marketers.

The independent marketing cloud company has since rebuilt a cloud that it says has a “modern architecture” and brings “humanity” to AI-powered marketing.

Jay Henderson, senior vice president of product management at Acoustic, says at the moment a lot of the company’s competitors aren’t enabling marketers to use AI easily.

“I think marketers, generally at the moment, have a little bit of fatigue around the way we've all talked about AI,” Henderson says.

“A lot of our competitors are using it to write headlines rather than solve problems.”

As marketers continue to create “human connections” with their customers, Henderson says they increasingly need technology to help scale those connections to a wider audience.

“I think that AI is going to be the catalyst for that and I think it's going to drive a whole wave of change that, frankly, will change the industry more in the next five years than what we've seen in the last 25 years,” he says.

Acoustic is what Henderson calls “cloud-native” - having independence from IBM has allowed the business to create a cloud from the ground up and build AI into the platform.

It uses AI to assist with tasks such as optimising when emails should be sent to customers based on when they are opening them and to recognise which campaigns are performing and which aren’t.

Antonia Edmunds, head of Acoustic, Asia Pacific and Japan, says AI isn’t about taking control away from marketers but instead enabling them to make better decisions.

“We have a marketing assistant which is a virtual agent in the platform that marketers can literally talk to and ask questions about what was my best performing campaign,” Edmunds says.

“It's really machine working with human to dig in and find those moments insight.”

The modern marketing cloud
Acoustic has chosen to purely service marketers and has already built 90 integrations to help them “plug and play” with their existing tech stacks.

By offering a simplified approach to integrations, Edmunds says it won’t be “clunky” and “difficult” to use like other platforms.

“There is an increasing need for brands to provide better experiences and that becomes particularly challenging when the number of tools and data silos that exist are increasing,” Edmunds says.

She says both the integrations and AI offered through Acoustic are enabling marketers more time to focus on more important areas instead of crunching data.

Having both independence from IBM coupled with more than 1000 employees in 20-plus countries, Henderson says, has given Acoustic the agility of a start-up with the scale of large software company.

This has allowed the business to invest in rebuilding the cloud’s architecture from the very beginning - something its competitors haven’t necessarily been able to do.

“I think our competitors haven't had the ability to invest in this way because they are big public companies that have the pressure of quarterly earnings,” Henderson says.

“We're doing something pretty radical which is creating this future state architecture that's going to be very modern and built from the ground up around micro-services that will have a unified interface across the whole portfolio.”

Marketers will have more elasticity to scale up what they are doing and have access to new features faster, Henderson says, because of this “modern infrastructure” Acoustic has built.

But the vendor isn’t looking to build an end-to-end suite of technologies like competitors Adobe and Salesforce.

“One of the most exciting things about what we're doing is we're the only marketing cloud vendor who's focussed exclusively on marketers,” Henderson says.

“I think that some of the appeal of buying a suite of technologies is that you don't have to spend time integrating but I think the platform consolidation has been a disservice to marketers because it's it's stifled innovation.”

Acoustic’s separation from IBM in Australia will be finalised in the first half of next year.