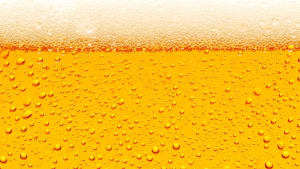 Lion has defended its latest $10 million summer campaign over criticisms by public health experts that its promotion of beer as “sugar-free” is cynical and potentially misleading.

The Beer the Beautiful Truth campaign, which began rolling out in August, aims to debunk “common beer myths” by including nutritional panels on bottles that show most beers are 99.9% "sugar-free" and contain only four basic ingredients.

But health experts insist Lion are merely capitalising on the anti-sugar phenomenon and are attempting to make beer appear far healthier than it is.

The company has responded by suspending all media across the platform indefinitely as the brand works with media agency, Starcom Mediavest, to investigate the incident.

Diageo’s marketing and innovation director, Adam Ballesty, said: “As the leading spirits producer in Australia, we have a responsibility to live up to our very strict and long-standing guidelines and policies to ensure that our products are only promoted to people aged 18 and over.”

Father and University of Sydney professor of health law, Roger Magnusson​, told Fairfax Media he “refused to accept alcohol companies ‘grooming’ children” after he discovered his young daughter was shown the ads.

In a blog post he attacked the “quasi-regulatory” Alcoholic Beverages Advertising Code, saying the “code places few real constraints on signatories, but it enables the alcohol industry to claim that alcohol advertising is regulated responsibly, at no cost to government. Which would be great, if it were true.”

Curtin University professor of public health and director of the McCusker Centre for Action on Alcohol and Youth, Mike Daube, told Fairfax Media the outright targeting of children shows how “hopeless the voluntary codes are."

He told AdNews the ineffectiveness of the alcohol industry’s self-regulation processes are further exposed in attempts to link alcohol with health in the Lion “sugar-free” beer campaign.

“The truth is that alcohol causes an enormous range of short and long-term health problems. This Lion promotion is cynical and misleading.”

“The last people to be giving health advice are alcohol companies, who don’t even want decent health warnings on their products. Health advice is for health authorities, not for global alcohol producers whose only interest is in selling as much of their product as possible,” he said.

“When we asked people what information they want to see on the beers they drink, over 70% told us they want information on sugar content and broader nutrition information on labels – and that is exactly what we are providing,” she said. "Importantly they also told us this would help them make more informed choices about what and how they drink.”

Lion, whose brands include Hahn, James Boag’s and XXXX Gold, worked with agencies including Res Publica, BMF, Momentum and The White Agency on the campaign.

Obesity Policy Coalition executive manager Jane Martin said Lion were deliberately “capitalising” on the concern around sugar, and labelling beer as 99.9% sugar-free “only tells part of the story.”

“The nutrition panel doesn’t show you where the energy is coming from because alcohol isn't listed. It’s the alcohol that contains the kilojoules.”

“It’s like saying marshmallows are 99.9% fat free. The messaging is making the products appear healthier than they are,” she said.

Yesterday the chair of the Dietitians Association of Australia Obesity Interest Group, Melanie McGrice, told the Courier-Mail, that the anti-sugar promotion could be misinterpreted as a health tick.