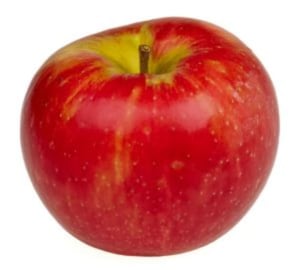 Brand owners including Mondelez and Simplot have criticised government proposals to put in place a standardised food labelling system that uses a five-star rating to give consumers information on how healthy the food they buy is, saying it is “misleading”.

The five-star system, which was launched via a website earlier this week and then hastily taken down, has met with controversy and backlash led by consumer watchdog Choice.

The star rating system uses an algorithm that calculates how healthy or unhealthy a product is, but there are glaring issues. Currently it rates a bottle of water as less healthy that some snack products.

A Mondelez spokesperson said: "Given the health star rating shows that Philadelphia Cheese Cream is healthier than an apple, we believe that more work needs to be done to ensure consumers understand the nutritional value of the food they’re eating. In current form [the system] will not only mislead consumers but negatively impact consumer understanding of food labels."

Adding more information on food packaging risks confusing consumers who are already faced with information on place of origin, nutritional information, sustainability messaging as well as product claims on packs.

Glen Wigg, professor of advertising regulation at the University of the Sunshine Coast, Queensland, said: “Front-of-pack labelling is a global debate, the health lobby wants it but behind the scenes there needs to be food profiling scheme and no one can agree on the best methods. The worry [with star rating] is that it has some anomalies. The end driver should be the consumer, it doesn't really help them if perceived healthy products come out labelled as unhealthy. Whatever system should be fair and clear for consumers."

Industry body AFGA told AdNews the Government “jumped the gun” releasing the system before it has been given a “robust assessment” in terms of its accuracy and the cost benefit to the industry. The body stands by the current system using daily guidelines.

James Matthews, AFGA communications director said: "It's not an all-or-nothing situation. Industry isn't against providing clear and transparent information to the consumer this but there needs to be more rigour in it and a cost-benefit analysis before brands start putting on it packaging.”

He adds that because the algorithm throws up errors and it can't offer any credibility to the consumer and undermines the purpose. "It needs to hold weight and if it doesn't then it loses credibility with the consumer. It is difficult to categorize good food and bad food. Take dairy as an example."