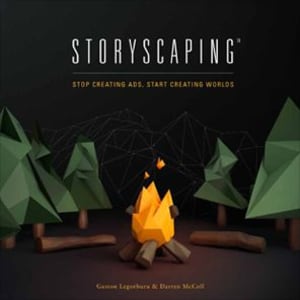 Publicis' acqiusition of the Sapient group is about boosting digital and tech know how. Something SapientNitro has been working on, alongside its creative bent. This article from last year, shows how Paul Bennett, the former boss of the Australian outfit SapientNitro, views the fusing of technology and creativity.

It was 2010 when the US tech player Sapient acquired the “micro” global creative network Nitro, set up by expat Australian Chris Clark, to fuse technologists and infrastructure builds with a creative brand agency.

The idea was exceptional but it didn’t work. The process-obsessed tech folks at Sapient, who were the new masters in the relationship, did not grasp the culture and nuance needed to manage talented lunatics from a creative agency. It all started falling to bits.

But that was then. Sapient Nitro 2.0 looks even more interesting after it went back to the drawing boards and reconfigured its model.

After the merger, Sapient Nitro’s Australian operation was one of the last remaining creative strongholds in the global network, partly because Sean Cummins was still at the helm.

He has since moved onto build another fast-growing creative shop. Three years ago about 80% of Sapient Nitro’s revenue was coming from brand related campaigns and 20 per cent was from the technology side such as web builds and back-end architecture for e-commerce and devices.

Today the figure is about 30 per cent from brand communications although Sapient Nitro’s new boss, Paul Bennett, says creativity will win out again. But it’s still a little way off as companies large and small come to grips with reshaping their businesses to find technology-led utility and experiences for customers.
The company has 120 people in its local operation, about the same as when Bennett joined but the composition of skillsets is radically different.

“Today you have to be able to take the brand story and apply systems thinking to it,” says Bennett. “And that is what’s happened in the context of the merger between Sapient and Nitro. What we’ve ultimately done is find ourselves as an organisation that has a purpose which is to be a storyscaping organisation. You build a world for the consumer to touch, interact and come back to. It’s not about doing what a large proportion of people do today which is just create a kind of 360 big idea and put it into every single media that we possibly can, and yes it’s customised a little bit to different mediums.

“The opportunity is to do what Red Bull has done with an organising idea. It’s the DNA of a company from a purpose perspective. It drives behaviour change and a different culture. Red Bull’s ‘Gives you Wings’ sums up the whole organisation. Everything in the communications is anchored in giving you wings. It means you can create games online. You can have your own Formula One racing team. You can have some idiot jump out of a space capsule and it’s all the same.

“That’s where we are starting with a number of our clients at the moment. If you’re RACQ, its purpose is to help people, help members.”

At base level for RACQ, Bennett says it asking lots of questions first.  How does RACQ design experiences from a technology standpoint that is going to help members? How does it create communications that align in advertising? Can it create a community of members to help? How does it build the technology platforms to facilitate that and what does the user experience look like for members to buy RACQ products across those platforms? And what is needed for RACQ to up and cross-sell on those platforms in a smart way?

“There are four things we need as a business for Sapient Nitro and in Australia now we can do all four. You need strategy, you need creativity from a brand perspective, you need technology from a platform delivery point of view and you need technology in terms of digital capability.”

Bennett’s view on the difference between technology capabilities for “platform delivery” and “digital” is an important distinction. It essentially defines what most communications agencies are orbiting around – that is digital, not platforms and systems thinking.

“Technology in terms of the platform is what runs everything,” says Bennett. “It’s the middleware and the back piping that makes everything actually work, including e-commerce and CRM. Digital is the channel. It’s the app, it’s the adaptive design on the website or blog or iPad or mobile phone.

“We can sit in front of a CEO and talk about investment around strategy and around capital investment from a technology perspective. I can have a conversation about brand and about media and touch points and it really works. Both are entwined.”

Creativity reins but not just yet

Ask Paul Bennett whether the geeks are going to rule the world of brands and he’s adamant they won’t. Right now it just seems that way because every company on the planet is having to adjust to new rules where technology and platforms are not only hot buzzwords, they are critical investments for the future of every business. Creativity will come back in vogue, says Williams, because eventually the structural shift taking place at present will eventually be better understood.

“Creativity is going to be more important than technology forever, from now,” he says. “Technology seems like it dominates everything because it’s enabling our society. It’s table stakes. Everyone’s competitors are going out and spending money making sure they can touch and interact with people in real time 24/7 on any device. That’s a big shift. But they still need the creative firepower.”

This article was first published in the print edition of AdNews in May 2013.