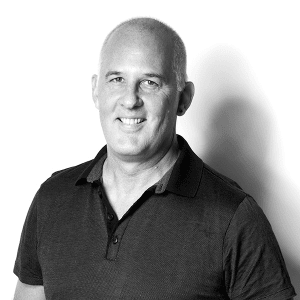 BMF creative founder Warren Brown is to leave the agency he co-founded in July 1996.

Brown founded the agency alongside Matthew Melhuish and Paul Fishlock, which sold to Photon Group in 2007 - later rebranded to Enero in 2012.

He tells AdNews that it's been a "privilege and a pleasure" to build and grow the agency to where it is now.

Brown adds that while he isn't planning to leave the industry at all, there's no way he's plotting to launch a new agency.

“It has been a privilege and a joy to see so many brilliant careers helped along by BMF over the past 20 years. My vision was for BMF to be a world-class agency that happens to be based in Sydney and I’d like to think we achieved that," he says.

“I wish everyone at BMF continued success and happiness and without doubt, BMF will be something I’ll always be enormously proud of."

BMF will not be replacing Warren Brown.

The creative department will continue to be led by ECD Cam Blackley.