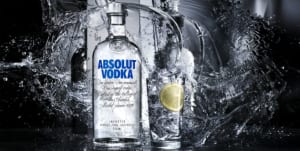 Pernod Ricard has appointed Blue 449 to handle its media planning, buying and social, AdNews can reveal. Blue 449 beat incumbent Vizeum, Maxus and Atomic 212 to the business.

The account includes mainstream global spirits brands, such as Absolut Vodka, Chivas Regal, Jameson, Kahlua and Malibu, as well as a range of wines, including Jacob's Creek and Stoneleigh.

“We had the opportunity to see some strong thinking from a number of leading media agencies but were most excited by Blue 449. They have demonstrated a data inspired understanding of our business, creative strategic thinking and implementation rigour, married to a transparent way of working.”

Matthew Turl, head of client management at Blue 449, said: “We are delighted to be partnering with Pernod Ricard Australia's exciting repertoire of brands. With Blue 449's open source approach to their business we have been able to blend the use of data with creativity and have been identified as offering the most progressive solution in a fiercely competitive category.”

In recent times, Pernod Ricard brands have not been huge spenders on traditional media channels, according to Nielsen figures, with an annual spend of $1.4 million reported when AdNews revealed the pitch in May.

This reflects a broader trend among booze brands to slash TV and print budgets in favour of digital and out of home, particularly for brands targeting younger consumers.

Industry sources estimate the total media spend when all of digital is included is closer to $6 million.