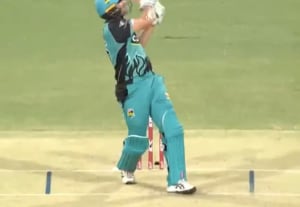 Seven has scored reasonable numbers in its first televised game of the men's Big Bash League (BBL) for the 18/19 season, with its highest metro numbers reaching 649,000.

Split out into three programmes, the tightly contested match-up between the Adelaide Strikers and Brisbane Heat, scored 594,000, 614,000 and 649,000 for the first and second innings and innings break, respectively.'

Taking into account the effect of a derby match, Ten still held significantly higher numbers when compared directly to Seven.

Despite this, Seven has touted these figures as strong for the network, adding that it exceeded the forecast predictions it had passed onto advertisers earlier this year.

The BBL performance also led Seven to secure both a main channel and network audience win overnight, taking a 21.7% and 31.1% share respectively.

Seven will be hoping for a steady increase over the course of the season, with the network promising "total domination" of the summer schedule for 2018/19, adding it excepts to own 40% of the audience across all demographics.

Conversely, Ten has felt its first overnight ratings impact since losing the BBL, with its main channel share slipping below 10% once again in 2018, taking an 8.8%, falling behind the ABC, which had a 13.4% main channel audience.

Ten declared earlier this year that it would create a raft of new programming throughout summer to compete with Nine, who earlier this year took over the rights to the Australian Open and Seven who now have both Test and BBL cricket.