Beyond Bauer: who will rise and who will fall? 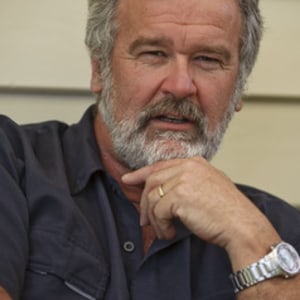 In this opinion piece, Charles Sturt journalism lecturer Harry Dillon argues that impressive media properties can rise again. But to do so, they will need to address a changing landscape accelerated by COVID-19.

The demise of eight former Bauer Media titles is the latest sign of the widening rift between the news and marketing sectors, as COVID-19 hastens a reshaping of the media landscape.

The shutdowns mark the rapid approach of an era in which news on paper, even colourful content on glossy pages, needs to fight harder to capture modern audiences.

And while the travails of Australia’s local papers rankle senior consumers, digital disruption is cutting deeply into not only legacy news outlets but also lifestyle-oriented publications.

The current impetus behind the magazine shutdowns was the coronavirus-induced tightening of advertising revenues, which halted printing of the titles in April.

Another factor was the much-criticised management by the Bauer Media, which closed a series of titles after buying Australian Consolidated Press (ACP) in 2012.

The latest closures, accompanied by dozens of job losses, were announced on July 21 by Mercury Capital, after the private equity firm completed its purchase of Bauer’s assets in Australia and New Zealand.

Hill’s comment that, despite promising signs, the ‘market remains too volatile to confidently forecast the next 6-12 months’ suggests that it will be battening down the hatches for some time.

Recovery will be a hard road for Mercury Capital’s brands, post-Bauer.

The German-owned company oversaw an eight-year decline that was a case study for turning gold into lead and failing to respond effectively to the digital revolution.

Despite, perhaps partly because of, a century-plus background in mass-market, high-volume publishing in Europe, Bauer fumbled in the smaller Australian marketplace and did not transmute marquee titles into distinctive digital go-to destinations.

Aggregating its diverse offerings into the Now to Love portal with an implausible strategy of scaling up through bundling did not hold the line during a period when major digital adaptation was the only game in town for struggling traditional media.

The Bauer business picked up by Mercury Capital, for less than 10 per cent of the $525 million the German company paid eight years ago, is a shadow of its forerunner in ACP’s glory days, but includes impressive media properties that can rise again.

This will be challenging because print magazines everywhere are being gazumped by an internet that brims with free infotainment about celebrities, show business, fashion, food, relationships and home styling.

And where there’s revenue there’ll be competition.

"Looking at it from a different perspective, there is now an opportunity for independent magazines and digital businesses to come to the table,” she told Ragtrader.

As she points out, magazines such as Harper’s Bazaar bring together a network of audiences, media professionals, fashion industry interests and high-end brands that spend on promotion.

This represents cultural capital built up over time through the arduous process of publication building. That capital is difficult to create and hard to restore once depleted.

Whether the Sydney-based Mercury Capital will rise to the occasion as a publisher as well as investor is unclear, and shuttering magazines is not an auspicious start.

But given the low price paid for its new assets and the firm’s stated allegiance to ‘clear growth strategies’, profitability and rejuvenation seem feasible.

Mercury Capital’s cheap entry to media ownership is reminiscent of the April 2019 acquisition of Australian Community Media (ACM) from Nine Entertainment by Antony Catalano and the Thorney Investment Group.

Catalano is a businessman with a track record for driving revenue from property marketing and Thorney is a private investment group headed by billionaire Alex Waislitz, dubbed as Australia’s ‘Warren Buffet’ in media coverage.

The purchase price of $115 million included more than 160 regional and rural mastheads, formerly part of the Fairfax media empire and worth $3 billion in 2007.

The bargain-basement deal reflected parlous economics, due in large part to the ubiquitous impact of the internet.

Catalano stated from the outset his intention to grow ACM through credible journalism, digital expansion and new revenue streams.

After many of its papers closed in response to the initial 2020 coronavirus crisis, most have now reopened with some support from the Federal Government’s $50 million Public Interest News Gathering Project for regional media innovation.

A big-ticket item in Catalano’s plan for ACM is a real estate marketing concept that bundles print and digital strategies with listings on realestate.com.au.

Now being progressively rolled out through ACM’s titles, this system may recoup some of the publisher’s lost advertising income.

But ACM’s ongoing newsprint commitment also relies on communities’ support for local papers and their online offerings, with the latter increasingly residing behind paywalls.

In contrast, News Corp, the other major player in regional news, has decisively moved away from print and into digital-only operations by taking more than 100 mastheads online and foreshadowing 50 new digital titles in diverse locations. Paywalls are also the norm for New Corp news sites.

The accelerating shift to digital-only news is accompanied by growing acceptance that in the future revenue will come from subscriptions, patronage, events, licensed content, other monetised products and services.

News media are facing the challenge of making journalism largely pay for itself by concise identification of audiences and targeted delivery of indispensable content.

"The situation calls for an innovation response that captures the audience with compelling content, packaged and delivered in the right way at the right time. The goal is REA: repeat engaged attention."

Specialist forms of news, including lifestyle journalism, face similar challenges albeit with perhaps a more symbiotic, ongoing relationship to advertising.

But with advertisers constantly exploring sophisticated ways to reach audiences, news media are belatedly but resolutely working on ways to survive and thrive.