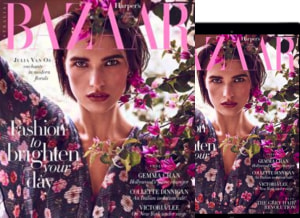 Bauer Media Australia is closing eight magazines including Harper’s Bazaar, Elle, NW and OK!, citing the impact of COVID-19 on the advertising market.

The publisher, which was recently acquired by Mercury Capital, is shutting Harper’s Bazaar, Elle, InStyle, Men’s Health, Women’s Health, Good Health, NW and OK! after temporarily pausing them in May during nation-wide lockdowns.

“It has been a challenging time for Bauer and our team with exciting highs and devastating lows in recent months,” says Brendon Hill, Bauer Media AUNZ CEO.

“We were delighted to acquire Pacific Magazines in May and were thrilled to recently announce a new future under Mercury Capital.

“However, these positive changes have taken place amidst an unexpected, uncertain and unrelenting economic downturn. No one could have anticipated the swift, widespread and ongoing impact of the pandemic on our business and industry.”

The closures come after Bauer sales director Andrew Cook told AdNews it was confident there would be enough advertising demand to return all the magazines put on pause, with Bauer not having any intentions to close publications.

Roles across editorial, sales and production will be lost, with Bauer saying it will aim to find alternative employment for affected staff across the business. Some staff will also be offered temporary work.

“We have been optimistic about bringing our team back, however, the market has only seen further decline since stand-downs were implemented in May,” Hill says.

“We wanted to give direction and clarity to our staff as early as possible, rather than create further uncertainty with irregular publishing schedules. This is a devastating blow to those who are directly affected, the entire Bauer team and the industry as a whole.

“I would like to acknowledge and thank the hard-working staff across these titles for their commitment and significant contribution to these brands.”