Be scared, ghost sites have arrived 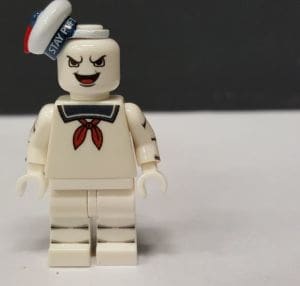 It's an arms race between the fraudsters and the verification tech as a new form of ad fraud, dubbed 'ghost sites', plagues the industry.

One minute it's bot traffic, the next its pixel stuffing and ad stacking, but now, according to GroupM's director, technical operations, Timothy Whitfield, as ad tech has evolved and removed most of the robotic fraud, the money has dried up for the fraudsters and they are starting to look for new revenue sources.

Ghost sites, being the practice of creating a page that has the look and feel of real content, are designed to bypass the tech filters from the traditional ad fraud tech vendors.

“It's an arms race between the fraudsters and the verification tech,” Whitfield said.

“They are the next generation fraud sites - but they are not better or worse than the previous generation - they just require a new set of signals to detect them.”

Whitfield said as these ghost sites are so new, the tech vendors haven't had a chance to update their software yet.

“The duty of care belongs to both the buyer and the seller. Also the tech vendors that validate ad fraud also have a duty to ensure that their tech is keeping with the fraudsters,” he said.

While typically websites strive for relevant information that is timely and current, content on ghost sites will never or rarely change. This creates wastage and the revenue comes out of the exchange environment.

As well as outdated content and no areas for site interaction, the sites are often WordPress templates, use cheap website hosting solutions and another key trigger to look out for is irregular traffic growth patterns.

She said given fraud occurs in nearly all industries it should come as no surprise to anyone that as digital advertising has grown in popularity, there has been a rise in the number of criminals seeking to profit.

“They are quick to evolve their techniques and ghost sites are simply their latest approach. Solving the issue of fraud won’t be as simple as selecting a tech solution – we are all responsible and it will involve every participant in our industry working together to find a unified industry solution,” Manners said.

Commercial director APAC RadiumOne, Patrick Darcy, agreed that ad fraud is an issue for the entire industry and the responsibility sits with all players to both demonstrate their own efforts and - more than ever - to collaborate and address this as an industry collective.

“Our credibility depends on it,” he said.

To Tim's point, Darcy said the human element is critical as unfortunately those who intend to benefit from fraudulent activity are smart and well resourced and often one step ahead of even the best technology available to protect advertisers.

“I liken it to the issues we see in sport with synthetic drugs - the second a strain is made illegal they create a slightly modified version that is both legal and undetectable,” Darcy said.

“Ghost sites are similar in that once detected, another 10 will be created. As technology and automation play a greater role in the way we execute advertising there is inevitably more opportunity for fraudulent players to surface.”

He said the key to combating this in the short-term is both collaboration across the industry to reduce the opportunity for these fraudulent players, and ensuring that “we don't remove human smarts” and focus on combating fraud in this increasingly automated world.

At IAB’s global summit last month in New York Manners sat with representatives from 43 IAB’s from across the globe and discussed a range of topics including fraud. They mapped out a global plan around education and industry guidelines for the market which Manners said she believes will result in a significant reduction in this type of crime.

Manners said it will soon be sharing bestpractice advice for anyone involved in the trading of digital display to minimise their exposure to ad fraud; outlining anti-fraud good practice principles and delivering an aggregated list of fraud threat domains.

In the meantime, Manners said if in doubt marketers should focus on quality, trusted websites as research has shown that ad supported premium content reduces fraud by 90%.

“It’s in everybody’s interests (bar the criminals) to join us in our mission to create a more trustworthy supply chain for digital advertising, one which will contribute to the overall health of the internet, and drive trust and confidence in legitimate businesses both on and offline,” Manners said.

Bohemia's tech director, Sebastian Graham said we need to understand the actual problem with ghost sites as the name implies the problem is the site itself.

“Some definitions I’ve seen suggest that the issue is old web pages that haven’t been updated recently,” Graham said.
“I fundamentally disagree with that. Take a page like this here, the page is about as old as it gets and it’s not been updated in ages - It’s a news story from 1997! Would anyone suggest this page or the site is fraudulent?”

He said the actual problem with ghost sites is the traffic on them.

“If the traffic is legitimate, like AdNews’ readers visiting the SMH story above, then there isn’t a problem,” he explained.
“If the traffic on them is bots, then the actual problem is bots. Categorising every page which hasn’t been updated recently as fraud isn’t good practice. You’ll miss good inventory and high quality audiences.”