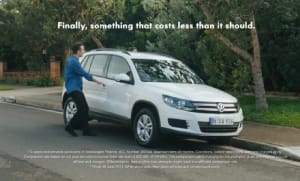 Volkswagen, which is currently number 67 on Forbes' World's Most Valuable Brands list, may see itself slipping down a notch or two after its became the centre of an emissions saga.

The German car marque has had around AU$22.1 billion wiped off its market value after the American Environment Protection Agency (EPA) began investigations into its dodging of emission controls.

The EPA believe Volkswagen installed so-called 'defeat devices' on at least half a million of its diesel cars. This software activates when the engine management senses it is being tested for pollution and activates full emission controls.

However, in the course of daily driving, with the emissions controls deactivated, this would mean harmful pollutants would be emitted. Reports suggest that more than 11 million vehicles could potentially be affected.

It is a body blow for Volkswagen CEO Martin Winterkorn, who has only recently cemented his position after a power struggle which saw Ferdinand Piech supplanted as head of the car giant.

The brand, which in Australia launched its first digital-only campaign - a content story series about a fish-out-of-water trying to convince outback locals to buy a Golf – in July, is now somewhat tainted, having been viewed as one of the most trusted and responsible companies by S&P Dow Jones Indices and the FTSE4Good indexes.

It is thought the company could accrue fines of AU$25.4 billion.

“The board of management at Volkswagen AG takes these findings very seriously. I personally am deeply sorry that we have broken the trust of our customers and the public," Winterkorn said.

“We will co-operate fully with the responsible agencies, with transparency and urgency, to clearly, openly, and completely establish all of the facts of this case. Volkswagen has ordered an external investigation of this matter.

“We do not and will not tolerate violations of any kind of our internal rules or of the law."

Even so, Winterkorn will not be resigning. Despite this defiance, reports in the German press suggest Porsche CEO Matthias Mueller will replace him on Friday.

"Brands are all about trust and it takes years and years to develop. But in the space of 24 hours, Volkswagen has gone from one people could trust to one people don't know what to think of," UK branding consultant Nigel Currie told Yahoo.

However, Warwick Business School strategic management professor Christian Stadler said he felt the scandal would not be terminal for VW.

There has also been a broad 'cannibalisation' effect with the 'dieselgate' scandal, with other automotive brands seeing drops in their stock price. Peugeot, for instance, saw a fall of 7.7%, while Porsche plummeted by 20.1%.

"Considering the difficulty of the situation, there has to be full transparency and an effort to clarify the whole matter. I hope the facts will be put on the table as quickly as possible," said German Chancellor Angela Merkel.

Locally, DDB Sydney recently retained the Volkswagen Australia creative account following a competitive pitch. MediaCom is the global agency of record, but the account is currently under review.