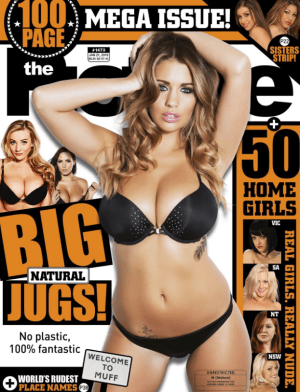 Bauer is closing two softcore titles after one of the last remaining major stockists 7-Eleven said it will halt sales.

The convenience store chain is reportedly pulling the magazines, The Picture and People, in response to customer complaints over their portrayal of women.

In response, Bauer will close the titles, with the affected staff to be redeployed.

“Discussions to close Picture and People Magazines have been taking place as the magazines have lost ranging, which has affected their commercial viability,” a Bauer Media spokesperson says.

“As closures impact a number of people, including some staff and suppliers, they need to be well considered and timed appropriately.

“The magazines will be closing at the end of the year and we’re working closely with staff to find suitable redeployment.”

The closure of the two magazines comes just days after Seven West Media announced it will be selling its Pacific magazines to Bauer.