Bauer confident advertising market is strong enough for all 43 titles 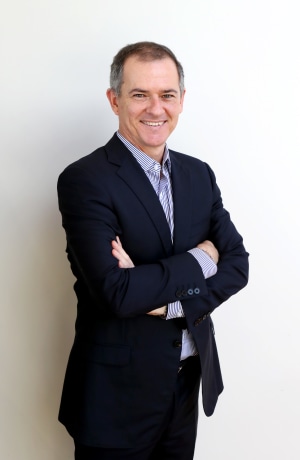 It could take more than a year for advertising revenue to recover from the pandemic but Bauer isn’t planning on shutting any magazines, says its director of sales Andrew Cook as the company settles in with the newly acquired Pacific magazine brands.

The publishing house has made significant cost-cutting measures in recent weeks as a result of the economic slowdown caused by the pandemic, with some 130 roles cut and magazines such as OK!, Harper's Bazaar, Elle, Instyle, and Good Health, put on pause.

Cook says titles were halted during lockdowns because it didn’t “make sense” to have so many in one genre when advertising was weak. Now, as restrictions start to ease, Bauer’s sales team of about 110 is starting to see optimism in some categories, although it’s still a long road to recovery.

“I think people are now understanding the new way of working and understanding what's coming in and as a result, we're starting to see each week bookings coming back and also greenshoots of briefs that are looking forward to the second half,” Cook says.

“I still think mainly it's a fairly short-term market. I know clients are briefing today to get on various assets tomorrow. So we have really short term digital briefs that we have to get up this week, but we are starting to see some categories start to think longer term and plan longer term, which is encouraging.”

But while he sees a recovery, assuming the spread of coronavirus is contained and Australia isn’t forced into a second lockdown, Cook says uncertainty in the wider economy, as well as unemployment, means it could take more than a year for the market to return to what it was before the pandemic hit.

“Whether it's 12 months to 18 months, and whether we really ever see every single business returned to the same size and level of marketing that they had in the past will all come down to their sales, cash flow and profitability. And I think it's fair to say it'll take some time for people's profitability levels to rise to those levels they were pre-COVID.”

Cook is confident there will be enough advertising demand to return all the magazines put on pause, with Bauer not having any intentions to close publications.

“We're definitely getting a lot of encouraging signs from our clients,” he says.

“We have a lot of strong support from clients who understand what's going on, and based on what we know today and our plans and aspirations based on the economy and the world around us, our ambition is to bring everything back.

“Naturally, there are some unknowns, such as lockdowns reoccurring, the virus spiralling out of control. None of us can predict that, but our intention is to bring back those titles in the October period.”

Following the completion of its $40 million Pacific acquisition last month, Bauer now has 43 brands across fashion, beauty, homes, health and lifestyle. The addition means the company now reaches six in 10 Australian women each month. Bauer says this reach hasn’t been weakened by lockdown measures, with print subscriptions up 60%.

A recent Bauer study called Her Pulse showed that more than a half of the 600 women surveyed, aged 25-64, said they wanted to escape from bad news, and Cook says this is something magazines offer.

Subscriptions for the Australian Women's Weekly in the past 30 days were up 97% compared to the previous month, while Woman’s Day was up 87%, Take5 up 87% and Country Style up by 77%.

While having this reader revenue during a crisis helps Bauer, Cook says it’s focused on returning advertising revenue to the business.

“If you considered a pie graph of circulation and advertising revenue, naturally during these times, the consumer revenue will take up a slightly larger proportion,” Cook says.

“Our hope though, and our aim and what we're planning on seeing is revenue start to not necessarily return to normal but improve in the coming months. We'll start to see that shift back to ad revenue going back to providing a bigger contribution to the overall revenue contribution of our business.”