Bauer partners with McDonald’s for subscription and data play 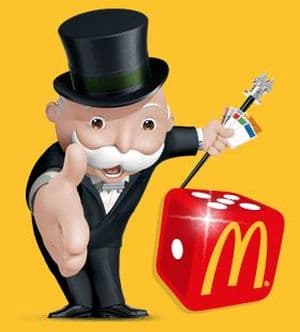 Bauer Media has joined the ranks of brands playing McDonald’s Monopoly in order to reach a greater audience and bolster its digital subscriptions.

The publisher said that it saw the McDonald’s partnership as a good opportunity to generate leads for it to promote its digital subscriptions with Macca's Monopoly promotion having great success over the past decade.

The publisher also noted that McDonald's is a marketing leading mass brand and it saw good synergy between its audience and that of the titles involved in the promotion.

Marcelo Silva, general manager of operations digital and mobile for Bauer Xcel Media told AdNews: “From a digital point of view, it’s a great opportunity to increase email subscribers which in turn fuels our single customer view strategy. Email is the key element that stitches our online and offline data.

Bauer isn't the only brand looking to bolster subscribers with streaming service Presto also offering up subscriptions to the Macca's prize pool.

Presto is offering up one month and one year subscriptions to the Monopoly players with a spokesperson for the service telling AdNews: “Partnering with third party affiliates is part of our strategy to grow Presto’s brand and joining the McDonald Monopoly promotion is a fantastic way to meet that goal given McDonald’s massive brand recognition in Australia.”

Presto joins Quickflix who has previously taken part in the promotion.

It is unclear how the commercial arrangements of the brand partnerships work with a Bauer spokesperson saying: “Bauer is not willing to comment on the marketing arrangement between Bauer and McDonald's.”

Other brands involved in the promotion include Volkswagen, Sony, Hoyts, PlayStation and may more. With millions of prizes being offered up by the fast food chain over the coming weeks.