Bachie down but still winning hearts of youngsters 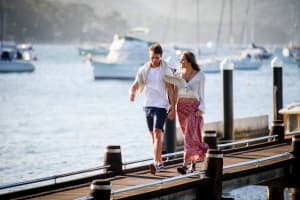 The Bachelor is down from its debut last Wednesday, with last night's third episode pulling in an average metro audience of 715,000, down 130,000 from its premiere.

While the show ranked 12th in the top 20 programs, it won the 16-39 and 18-49 demos. This attention could be due to Matty J's hotly anticipated 'first kiss' with one of the the contestants.

The second episode, which aired last Thursday, had a metro audience of 739,000 and won all key demos.

The Block won the night for entertainment programs, ranking fourth in the top 20 with an average metro audience of 982,000. The show also won the 25-54 demo.

The figures are strong, however slightly down from its Sunday episode which had 1.12 million metro viewers.

Nine is still leading daily share and has done since the hugely successful Ninja Warrior. Last night, the network had 22.6% of the audience. Seven followed with 17.7% while Ten had a 13.1% share.