Australian creatives on the culture crash of Holden 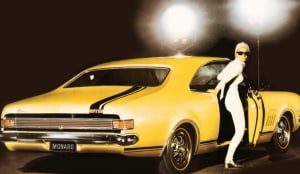 Australians took ownership of the first Australian made car and made the brand Holden a success story.

But US-based General Motors is axing the Holden brand. The company said the “difficult” decision was made due to a number of factors, including the highly fragmented right-hand-drive domestic markets and cost of growing the brand.

While Holden is a local icon, Tim Riches at Principals argues it’s been on the ropes brand-wise for the last 10 or 15 years.

Anthony Gregorio, CEO at Saatchi & Saatchi Australia, says invariably these things are the culmination of years of compromised decision making.

Gavin McLeod, executive creative director at Ogilvy, says even the great brands need to anticipate what’s coming around the next blind corner.

The comments in full:

Anthony Gregorio, Saatchi & Saatchi Australia CEO
It’s very sad to see General Motors pull the plug on the Holden brand in Australia and getting out of right hand drive (RHD) vehicles globally. Invariably these things are the culmination of years of compromised decision making.

It is interesting that other major manufacturers have not suffered the same fate. In part that’s because they have focussed on what customers in RHD markets like Australia actually want, rather than just thinking about their home market.

It’s a terrible waste of brand equity and I feel for all the people whose livelihoods will be affected.

Gavin McLeod, Ogilvy executive creative director
In a world overflowing with stories of once fabled brands failing to keep pace with technology-driven change, why do we care so much about Holden reaching the end of its road? Probably because it holds a special place in the Australian psyche that few other brands can match.

This is because so many ordinary Australians have felt a part of the Holden success story. From the millions of proud drivers to the thousands of migrant factory workers who built lives in Australia off the back of the hard work they put in on the Holden factory floors.

Sadly, Holden has become just another cautionary tale. In this new Age of Disruption, you can’t cling to the past. Even the great brands need to anticipate what’s coming around the next blind corner and adapt accordingly. If you don’t, no amount of brand love will save you.

Tim Riches at Principals
It’s ironic to see media coverage and community commentary mourning the demise of a great Australian company when Holden has been anything but since 1931.

While the brand was once a local icon – we’re talking at least a generation ago – and a pillar of national identity, Holden’s death was directly the result of a mismatch between a global business model, the local quirk of left hand drive and small market size. In the end, Australia wasn’t worth the effort for GM and Holden was the collateral damage.

That’s not to say that Holden hasn’t been on the ropes brand-wise for the last 10 or 15 years.

At the core of the problem was their reliance on a single locally made model. While there was a strong community and brand loyalty around Holden, it was really focused on one or two key products, not the brand as a whole. And that community dates from a time when there was a much smaller market with two big tribes in it: Ford and Holden.

But as the market became more complex – with a proliferation of product niches and competitor brands – Holden suffered from the lack of a design DNA to hold the range together. The local hero product (Kingswood or Commodore) didn’t connect to the imported cars in the range, sourced from a variety of other manufacturers. Take examples like Subaru, Mazda, BMW and Porsche. These brands have a coherent language of engineering and aesthetic signatures – beyond the badge on the bonnet – that define the brand across the product portfolio. There’s a recognisable brand look and a distinct feel in the experience of each product. There’s a sustainable value equation, based on a strategic approach to pricing that conveys that value equation.

This creates brand as an asset to be leveraged for the benefit of a portfolio of products. So the Holden business model was a major barrier to building a strong brand beyond a single product.

And there was a mindset problem. Holden missed the rise of the SUV like Yellow Pages missed the rise of the smartphone. Ford didn’t. There was complacency towards the loyalty of their customer community. Marketing was the advertising and sales promotion department with an unresolved relationship with the dealer network that wouldn’t stay the course on strategic thinking. The ad agency was usually in the bubble and couldn’t break the cycle. More recent attempts to reposition the brand as more modern and cosmopolitan failed absolutely dismally.

It’s little wonder then that the final Holden has rolled off the assembly line.

Frank Morabito, Spinach ECD
In the end, Holden’s fate was sealed by the honchos in Detroit when they decided to cease production of all right-hand drive vehicles.

Like, who thought that sticking a Commodore badge on an imported front-wheel drive car was a good idea? Yes, an all-wheel drive six-cylinder version was available, but the damage to heritage and reputation had been done. MORE

The Australian car buying public are not to blame for Holden’s failure.

Just like the generation before them, many looked to Holden when considering their next new car only to be delivered an experience featuring inconsistent touchpoints, confusing messaging and above all, inferior products created by cost-cutting and revolving executive leadership.

Tactical, lower funnel marketing activity looking to exploit whatever value was left in the brand couldn’t cover the widening cracks across the user journey. In the end, the enduring lesson of Holden’s failure is the value of maintaining brand experience, not brand awareness.