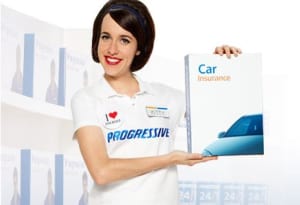 The NYSE- listed business, founded in 1937, had a local media spend of about $6 million but this is set to rise to $10 million this year.

AdNews understands that the media account was run in Australia via GroupM Direct in the US, with MEC Australia acting as the local partner, but as Progressive was looking to increase its local presence and take more control, it called a pitch.

Speaking to AdNews, Progressive country manager Simon Lindsay said after being with the same agency for more than four years, it was time for a review.

He said while TV will continue to be its main channel of focus, it now plans on upping digital spend. Radio is a big part of its media strategy too.

Atomic 212's group CEO, Jason Dooris, stressed that performance media is increasingly at the top of most client agendas in 2015 and that Progressive is further developed than most in this area.

“We are happy in recent months to have now been selected over established brands like MEC and OMD, which validates the company's strategy of agility, judicious analysis and creativity,” Dooris said.

Back in February it also took the media account for Torrens University Australia.