Are you the next big thing in marketing? - Jobs Bulletin 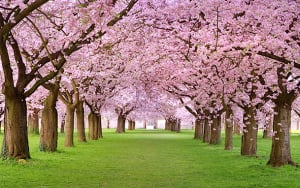 This story was brought to you by the AdNews jobs board.

If you were given an apple seed, would you plant it in the ground and hope a tree would grow or try to work out how to create an orchard? Early in 2013, marketers and ad agencies began to scout for orchard growers. Their title is, chief growth officer.

In March 2013, Havas Worldwide nicked Laura Maness, senior vice president in charge of business development and marketing at Propane Studio in San Francisco for a new position, chief growth officer. Havas global chief marketing officer Matt Weiss said he chose Maness because she was a “good hunter”, while North American President Ron Bess pointed to her “proven ability to visualise what an agency is capable of achieving and to map a clear path to get there”.

She wasn’t the first ever CGO. That was a bloke called Bob Heckman in 1997, the year of the Asian financial crisis. He only held the position at US management consulting firm, Thomas Group, for 9 months. His job was to “introduce ever more creative ways to grow better — not just bigger”. But in 1997, there just weren’t so many new ways to grow a business.

Heckman’s raison d’etre, he told Fast Company at the time, was to “break down organisational silos. Having one person in charge of all-around growth helps you to look at business processes holistically … I look at 'markets' while other people look at 'the market'. I focus on developing markets where my company should be the best choice … I grow ideas. That entails creating new products, finding new ways to repackage old products or just enhancing relationships.”

The position required, “an open and discerning mind. You must excite people in the way you present ideas — you need to paint tomorrow's world”. And his greatest challenge was, “growing when the market isn't. You can't cut your way to growth. It requires ingenuity and a willingness to ask unconventional questions”.

In 1997, you could have an open mind, ingenuity and a willingness to ask unconventional questions but there wasn’t a lot of outside branding efforts and awareness campaigns for curiosity to explore and for courage to take up. Now there is. In those days, marketers told consumers what to think and advertising agencies made those thoughts appealing. Now, it’s not that simple.

If you’re the sort of marketing or strategy exec who says, “that’s not my job, that’s outside my responsibility, that’s the wrong way to do it" or "that’s not what the rules say” forget about ever being a CGO.

If you’re a 'what if', 'what else', 'why not', or a 'let’s get together' kind of person, then maybe you should start re-imagining your career goal and revising your CV.