Are people under 30 really better at digital advertising? 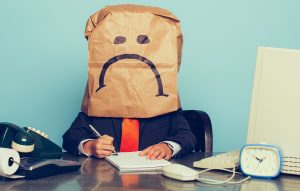 The digital natives of today, when growing up, were told by their parents not to believe everything they read online.

Now they shake their heads, the story goes, as the same parents spend their time on social media in an echo chamber of views, repeating fake news or conspiracy theories from clickbait sites.

This type of pointed ageism -- old people just don’t get it -- has surfaced again in the advertising and media industry with global WPP CEO Mark Read appearing to suggest that those aged under 30 do better at digital.

Read (who is in his early 50s) had to quickly apologise for suggesting his company was fortunate to have employees with an average age of less than 30 who did not “hark back to the 1980s”.

“I was recently asked if our teams have the right balance of skills between TV and digital. I believe they do but was wrong to use age to try to make a point. People over 40 can do great digital marketing just as people under 30 can make great TV ads.

“We're fortunate to have thousands of people at WPP who have decades of experience and expertise. They're extremely valuable to our business and the work we do for clients, and I'm sorry my reply suggested otherwise.”

Where is all the digital expertise in Australia?

Creative agency Thinkerbell is sure there’s talent at the higher end of the age scale, launching Thrive@55, an eight-week paid internship available to people over the age of 55.

The majority of companies operating in advertising, public relations and media in Australia have a growing and obvious age gap, says Thinkerbell.

Only 5% of ad agency employees globally are aged over 50. The median age for employees is 38.

Gai Le Roy, the CEO at IAB Australia, is a woman aged over 50 in a leadership role in the digital ad industry with an impressive record going back decades.

“I have never felt braver, more confident and more excited about working with a broad range of diverse people,” she told AdNews.

“I think we have a hell of a lot of ‘isms’ in the advertising industry, ageism being one of these, which are not only limiting opportunities for individuals but limiting innovation in our industry.

“There have been infinite studies that all prove that diversity in a workforce improves performance particularly relevant for an industry that should be about strategic and brave thinking.”

When she sees “digital” used in job ads it is often not about specific skills but a proxy for ability to innovate and adapt.

“The notion that young people are innovative and old people aren’t is just lazy thinking,” she says.

“A couple of senior people in the industry have suggested that I lose the reference to 30 years’ experience in the media industry in my bio to ensure that I look relevant as a digital leader but screw that - I am proud of my age, battle scars and tenure.

“Folks who have been in digitally driven advertising businesses for a significant amount of time would be in the best position to help companies understand and advise on change and innovation having seen multiple successes, failures, evolutions and everything in between in our industry.

“The first part of the comment by WPP’s Mark Read a couple of weeks back boasting about the average age of employee was misguided (and he has since apologised) but I chose to believe the second part of his quote regarding not “harking back to the 1980s” was more in relation to business models and practice.”

Le Roy applauds the Thirve@55 move by Thinkerbell to introduce an interesting intern opportunity that is not only open to older people but encourages people from a broad range of backgrounds.

“Diversity in thinking, backgrounds, gender and age is the secret to creating a more interesting and successful industry – hiring people who think and act the same way is not representative of society and not a successful way to drive innovation,” she says.

“Things are quiet-ish at ArtScienceTechnology global headquarters for the next few weeks,” he says.

“This kind of thing is what makes Thinkerbell so zeitgeisty. An activation arranged for the convenience of social media and news media.

“Success is measured by how widely it is published and replicated. They understand newsworthiness is a key metric. They are fast, intelligent and creative – and it supports their challenger position as a sort of anti-WPP.”

WPP’s Mark Read took a beating with his suggestion but Pritchard can see his point.

“People have been quick to cry ‘ageism’ but even as a card-carrying old git I say the last thing we need in this business is another victimhood narrative,” he says.

“When Bill Gates walks into a bar, on average everyone’s a billionaire. That’s the trouble with averages.

“I am pretty sure the big decision-makers in WPP are all grown-ups but the average age is pulled down because there are so many ‘bullshit jobs’ in these big agencies, particularly in digital. Flunkies and box-tickers, jobs that require little experience or expertise and will be superseded by AI automation as soon as the tech catches up."

Allan Dib, strategist and champion of consumer centricity, thinks the problem is what “digital” has become, not the technical skills.

“Anyone that is over the age of 45 believes in building long-term sustainable brands. The industry does not want to have a brand-building conversation, so it is easier to get rid of people trying to have that conversation.”

Adam Wise, co-founder and creative director at Jack Nimble, the Adnews Small Agency of the Year - Independent, says every industry benefits from having diversity in age, just like diversity in culture.

“There’s so much to be learned from people who are different to you,” he says.

He says the announcement by Thinkerbell on recruiting 55 plus year old interns is a positive for addressing ageism.

“Any step that encourages the retention of experience and wisdom in agencies has to be good,” says Woolley.

“But why internships? If there is one thing the advertising industry does worse than retaining mature age workers, it is exploiting younger workers through protracted, non-paid internships.

“Or expecting and demanding ridiculously long working hours from those that manage to land a job.

“While Thinkerbell is offering paid internships, the concern is we could end up with second-class employees at both ends of a career. Exploited juniors and seniors. Isn’t there a better way to treat human beings in an industry that prides itself on being a people-industry?”

Adam Washington, consumer practice lead at Orchard, the AdNews Digital Agency of the Year, says the industry often misses the important distinction between understanding an audience, and understanding technology.

“Everyone working in advertising has a responsibility to understand and passionately follow technology, because it’s the canvas we use to tell our stories today. And anyone who misses this, regardless of age or experience, will miss the mark.

“But assuming technology is understood, I believe more experience will always lead to a better understanding of an audience, and better work. We all lose when we so systematically undervalue it. Perhaps by more clearly distinguishing between the two, we can make fewer assumptions and better value what older staff can bring to our clients today.”

“It is about truly understanding the target market and great storytelling,” he says.

“I don’t care if someone is 20, 30 or 45, if they can truly understand concepts like market orientation, segmentation, targeting and positioning then I want them running my client campaigns.”

Lawrence says the best digital marketers he has come across since starting Rocket in 2006 are those that truly embrace the speed of change in the current landscape and are curious self-starters.

“Give me a 45-year-old marketer that continually embraces change and takes their personal professional development seriously over a tech-savvy 22-year-old TikTok aficionado that believes they have learnt everything they need to know,” he says.

“Digital is becoming an increasingly redundant term. Loads of traditional offline media is being bought programmatically, and conventional TV advertising has been ‘digitalised’ with the rise of YouTube and other channels.

“In fifteen years we won't talk about digital media and digital marketing. Digital will be a redundant term in these uses.

“The marketing landscape will be a converged one with loads of technology that impacts how we buy media and manage it, but many marketing fundamentals that pre-date the 1990s rise of digital will remain true.”