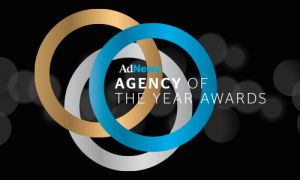 OMD demonstrated the agency was the “whole package”. Despite being a large agency, OMD proved it is possible to achieve great results for new and existing clients without compromising on people and culture.

Not only did OMD take home the top award, but it was also crowned Media Agency of the Year and won awards for its McDonald’s campaign Macca’s Monopoly - Playing to Win!.

We received a record number of entries this year and continue to be blown away by the high calibre of work and the amazing initiatives agencies have in place.

In an AdNews first, the awards were hosted via a live stream to ensure we could still celebrate the best of adland safely during what has been an unprecedented year.

AdNews would like to congratulate all the winners and finalists this year.

Here is the full winners list for this year’s AdNews Agency of the Year:

Small Agency of the Year - Network (Headcount Under 25)
Tribal Sydney

Small Agency of the Year - Independent (Headcount Under 25)
Jack Nimble

Production Company of the Year
Finch

Digital Agency of the Year
Orchard

Creative Agency of the Year
The Monkeys

Employer of the Year (Headcount Under 75)
The Royals

Employer of the Year (Headcount Over 75)
Initiative Australia

Media Agency of the Year presented by PubMatic
OMD Australia

AdNews is delighted to partner with Google, PubMatic, Outdoor Media Association, SpotX, NOVA Entertainment, IVE and Adstream for the AdNews Agency of the Year. AdNews would also like to thank Andrew Sherman, founder and CEO of The Transition Coach, for offering the winner of the Emerging Leader award an Executive Coaching program of eight coaching sessions.