What does it all meme? 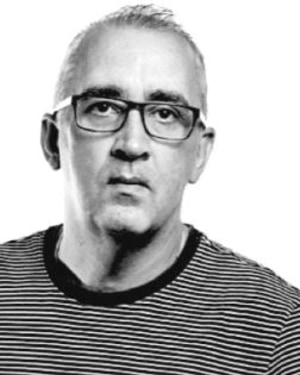 It was not you who ate the idea, but the idea that ate you…

So says the villain Pyotr Stepanovich in Dostoevsky’s Demons.

As with almost all Dostoevsky's fiction, Demons is principally about how ideas get a hold of minds, and then the effects that these ideas will have on their hosts, and on the people around them.

Like Fyodor’s Demons of the mind, biological parasites and viruses will routinely hijack hosts to suit their own genetic agenda, often with grim consequences for the vehicle.

For example, there’s a species of ant that can be observed climbing to the top of long blades of grass and then stop there, waiting to be eaten by passing cows or sheep.

Why? Well, the ant's brain has been parasitised by a tiny bug called a fluke, that takes control of the ant and effectively ‘drives’ its host up the grass having turned it into a mini 4X4.

The bug’s reproductive cycle means it needs to be eaten to lay eggs inside another host and hitching a ride with the ant its way to achieve this.

In The Selfish Gene Richard Dawkins also explained why ostensibly bad ideas (religions, principally) seem to persist, infecting vast numbers of minds despite being detrimental to the thinking machines they inhabit.

Dawkins’ simple answer was this.

Because it is only the ideas themselves that benefit.

To emphasise this parallel to the "gene" of natural selection, he coined the term "meme".

Basically, an element of a culture or system of behaviour passed from one individual to another by imitation.

This is a broader descriptor than the one we associate with internet memes, an image, video, piece of text, that is copied and spread rapidly with slight variations.

Either way, memes don’t care about the welfare or otherwise of their hosts. The only thing that counts, from the memes perspective, is that they replicate.

Ideas are in competition with each to infect minds and so to survive and spread in a competitive environment, it must have attributes which give it advantages over other memes.

Strength can be found in numbers, and so groups of interacting memes like political philosophies, religions (and brands, of course) are sometimes called memeplexes - they contain multiple sub-memes.

A brand’s relative strength in competitive category entry points could be described as meme "fitness".

While the biological coronavirus/COVID can be viewed as reasonably successful from the number of bodies it has infected globally, this success pales before the almost total world domination of the COVID mind virus, or "memeplex".

At the onset of the outbreak, I muted as many COVID keywords and phrases on Twitter as I could think of, in an effort to socially distance my news feed from the virus. In the end, I couldn't keep up with the endless mutations and was still almost totally polluted.

Like genes, memes may be useful, negative or neutral. For example, political philosophies are also memeplexes. Dawkins stresses his claim that these beliefs do not spread as a result of evidence in their support, but typically by cultural  transmission. The current "wokeness" memeplex seems to follow this logic. For instance, an individual who hates racism, and treats everyone as an individual, regardless of his or her identity is merely displaying evidence of his or her participation in white supremacy. This circular logic is the basic premise of White Fragility, the best-selling book and a key text in the woke memeplex, by activist-scholar Robin DiAngelo.

You can’t argue with No#1 on the NYT bestsellers list. Future content marketers will hold it up as a great case study for DiAngelo’s corporate unconscious bias training sessions (that adland are becoming increasingly fond of).

In the same way that Dawkins' "selfish genes" would propagate through populations for their own benefit and not for the benefit of the organisms that carry them, memeplexes propagate through society irrespective of their value to the society.

Is there any reason why any data - just like fashions, behaviours, catch-phrases, and political philosophies and internet memes – wouldn’t also replicate and evolve, actively looking for ways to propagate themselves?

Dawkins suggested that humans were just "survival machines" for genes.

Genes were "selfish". All they want is to replicate and survive. In effect, genes "created" organisms for their own propagation.

Viewed from this perspective, minds and by extension, mobile devices and cloud data warehouses are "survival machines" for memes. Mechanisms for data in the "primordial soup" of human culture attempting to transmit themselves into future generations.

Dawkins said: "Whenever conditions arise in which a new kind of replicator can make copies of itself, the new replicators will tend to take over, and start a kind of evolution of their own."

Memes are just this new form of replicator, that has begun by parasitising brains. They propagate themselves in the meme pool by jumping from mind to mind going anywhere information can go. They compete with one another for that most limited of all resources. Attention.

The tipping point for the memes was in the mid-50s. They created a new transmission vector, broadcast television. They could now travel faster and farther infecting fresh minds by the millions.

Next, they created the internet, an almost perfect new milieu for replicators.

The meme itself quickly became a meme.

It worries some people to think that an organism (human) is just a gene’s way of making more genes.

But what if we are not even in charge of our own minds?

The memes themselves created minds as vehicles for the propagation of memes.

Their interests are not our interests, and memes have their own fitness.

The philosopher Daniel Dennett asserts that "a human mind is itself an artefact created when memes restructure a human brain to make it a better habitat for memes".

So who's in control now?

Humans struggling to deal with the tsunami of data that has found its own way to replicate exponentially? Or the idea replicators themselves?

The memes may be creating a better replicating environment for themselves and probably won’t need us anymore.

Eaon Pritchard, Founder of ArtScienceTechnology.com
AST is an applied evolutionary psychology consultancy, helping brands and agencies solve business and communications problems by working with human nature not against it.