Apple's next big thing is advertising 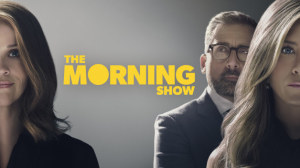 Apple could be generating billions of dollars by allowing more advertising across its platforms including the recently launched Apple TV+, the Safari browser and the App Store.

Growth of ad sales would be fast, generating $US11 billion a year from advertising by 2025 up from $US2 billion today, says Samik Chatterjee, an analyst at JPMorgan,.

“We believe hidden in plain sight and underappreciated by most is the advertising opportunity within Apple’s fingertips,” he wrote in a note to clients.

He points to the user base of iPhones, now almost one billion, and the company’s advertising so far via Apple Search Ads in the App Store.

Apple currently allows only one advertisement per search.

Advertising could also be added to the Apple TV+ streaming media platform.

"There is an opportunity for Apple to monetise advertising opportunities on Apple TV through suggestions and targeting of demographics for content distribution,” says Chatterjee.

Apple shares have grown about 65% this year.