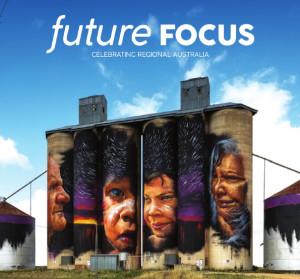 Australian Community Media (ACM), in partnership with the University of New England, has launched a new publication focusing on regional Australia.

Future Focus will receive a dedicated website and magazine series inserted in The Canberra Times, Newcastle Herald and 12 other daily newspapers owned by ACM, which was recently purchased by former Domain boss Antony Catalano.

The publication will cover employment, education and lifestyle opportunities in regional areas. Dell Australia is also onboard as a partner.

The first magazine issue will include an introduction by Deputy Prime Minister Michael McCormack as part of the government’s plan to lift the burden off Australia’s cities by spreading the population to regional areas.

“This project strives to focus attention on the opportunities that abound beyond the big cities, the policies and strategies needed to maximise the potential of regional, rural and suburban Australia and how we make sure prosperity is delivered in a balanced and sustainable way,” says ACM CEO Allen Williams.

“With the support of our launch partners Dell and the University of New England, we are proud to lead this important national conversation.”

The wider media industry has also been highlighting regional Australia through the initiative Boomtown. Media owners, led by Southern Cross Austereo, including ACM have been promoting the value of regional media in an attempt to funnel more advertising dollars to regional Australia.