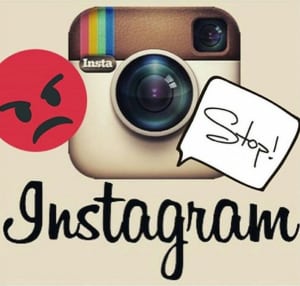 Instagram’s recent algorithmic update has copped a backlash from Insta-fans, with close to 95,000 users signing a petition to “keep Instagram chronological”.

In a statement released on Tuesday, Instagram told users it will order photos and video feeds based on “the likelihood people will be interested in the content, their relationship with the person or business posting and the timeliness of the post," instead of displaying every single photo in a chronological order like it does now.

“You may be surprised to learn that people miss on average 70% of their feeds,” the company wrote in a blog post announcing the changes. “As Instagram has grown, it’s become harder to keep up with all the photos and videos people share.”

Users have been quick to acknowledge the likeness to Facebook’s curation process, with comments on the petition saying Instagram is becoming “just another Facebook” and the changes will force people to move away from the platform. 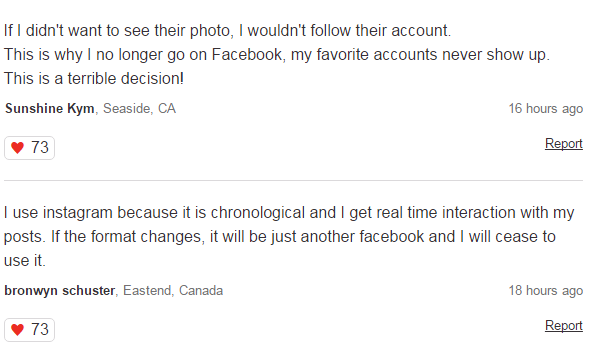 There is also huge concern for what the changes will mean for small businesses and marketers.

One comment says: “This makes it much more difficult for small businesses and entrepreneurs like me to reach our target audiences. Stop hurting us.” 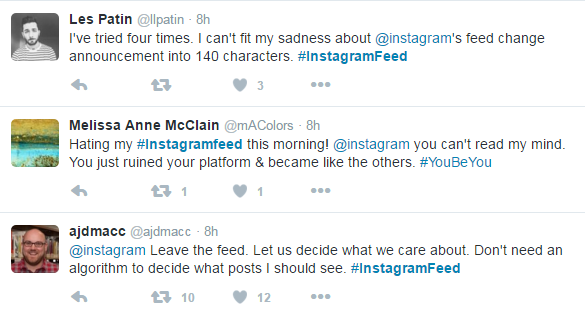 Another says: “If you use Facebook you know how terrible this change is for a small business like mine. Our posts get buried under “more important” content, i.e. paid sponsorships.”

Instagram isn’t the only social network that has made changes to its feeds recently. Earlier this year Twitter announced it would put a selection of tweets at the top of its users’ timelines to make sure the best content doesn’t get lost.

This week Twitter also launched an ad unit that guarantees a brand's video ad is the first thing that users see on their Twitter feed.

#RIPInstagram is yet to trend on Twitter; however it has been tagged on more than 4000 Instagram posts so far, with fans creating their own images, including the one below.