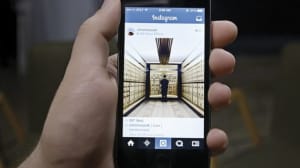 Instagram is touting its targeting abilities as the platform pushes a role as a full funnel marketing solution for advertisers.

The Facebook-owned platform launched advertising in Australia in the middle of last year, with stringent rules on the quality of content to ensure it feels “natural in people's feeds”. At the time, all creative had to be fed through head office for approval before it could appear on the platform.

More recently, however, questions have been raised about the quality of creative that appears on the platform.

Speaking to AdNews, brand development lead Michael Hondorp says that creative is still front and centre to the platform's offering, with a complicated back end system which includes both human and automated approval processes. However, he says that the quality of targeting is a bigger success factor over the look of creative.

“We like to think Instagram has a high creative bar but it's actually set by the relevancy of the target,” Hondorp says.

“No one hates advertising, people hate irrelevant advertising. The relevancy and the quality of targeting is going to be the biggest factor in the success of any ad or any creative because we often forget that creative is subjective.”

Targeting is also increasingly important to Instagram as it offers more solutions for use as a full-funnel marketing solution. Last year, the platform sought to appeal to advertisers through the launch of a direct-response offering, building its ability to prove sales conversion.

It seems to be proving successful for retail clients, with David Jones the latest to shun TV advertising in favour of online video solutions when it comes to branding.

A recent Instagram execution for David Jones’ Shot by Sound campaign drove a 26 point lift in ad recall and a nine point lift in campaign awareness. It also tallied total impressions of 2.47 million.

At the end of January, Instagram opened up the use of 60 second videos for brands, making it easier for the platform to appeal to television-heavy advertisers.

However Hondorp used the David Jones creative as an example of why creative works best if it is optimised for mobile first, instead of a repurposed television commercial.

“Since the sound is off by default on Instagram, David Jones’ video didn’t rely on sound: the sound isn’t necessary to convey the message but to elevate it,” Hondorp says.

“There is a term we use internally which is a ‘three second audition’ – so if you have three seconds of soundless video playing are you going to tap to invest in that creative or not?

“We know the way people interact with mobile content is vastly different to how they interact with TV so mobile-quality creative is something that I would urge marketers to focus on.”