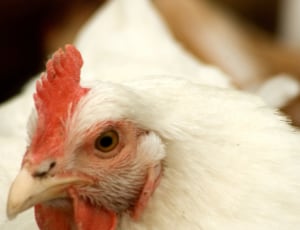 The Google threat to drop Australia from Search is a prime example of the dark art of brinkmanship, a high stakes game of chicken.

Keep pushing up the stakes until the other side can’t take the pressure anymore or blinks at the wrong time.

The trouble with that strategy is that eventually someone will call you on it. You have to be prepared to follow through or be scary enough that no-one can live just thinking about the promised outcome.

Google says it will pull Search from Australia if the federal government forces it, via a new law, to pay premium news publishers for content. The digital platform says it’s happy to pay but not under those terms.

The tech giant has also used its platform to try to influence public opinion -- highly sensitive to the political class -- and warn Search users, via a pop-up, about the implications of the news media bargaining code.

According to analysts at investment bank Jefferies, Google would be foregoing about $4.8 billion a year in revenue if it made good on its promise.

And the pot is growing. In December, SMI (Standard Media Index) numbers showed digital ad spend as measured by media  agency booking up 15.9% to a record $223 million.

This is small compared to Google’s global Search revenue of $US100 billion (AUD130 billion). So, would Google be prepared to lose the cash just to make a point?

“We believe Google is simply playing hardball by threatening to withdraw from Search in Australia, and some form of agreement can be reached,” say Jefferies analysts in a note to clients.

“We think Google is unlikely to leave the Australian market. Although it is small (compared to global revenue), Australia is one of the most engaging regions and there is a symbiotic relationship between Google and news publishers.

“The most likely outcome is Google may turn off news search temporarily while it negotiates compensations with news publishers individually.”

“At this point we are seeing and hearing a lot of megaphone diplomacy,” he says.

“Google is going to be very careful about how it handles $4.8 billion of revenue so I can’t see too many of these threats becoming reality.

“We can hypothesise and catastrophise as much as we want, the reality is there is a lot to play out yet, watch this space.”

These experiments, intended to assess the reciprocal relationship between Google Search and news publishers, will end sometime this month.

The findings are expected to reinforce a recent report commissioned by Google that claimed $53 billion of economic value, including 116,000 jobs that have directly or indirectly been created in Australia due to the platform's presence.

“This work is, of course, intended to showcase Google as a net-benefit to Australia, in light of the threat to force Google to pay publishers should the proposed federal media bargaining code come into force,” says Tibbles.

He says the threat to remove news or prevent access to Google’s universe is not unprecedented. A handful of countries do not have access to Google. Under similar pressure in Spain, Google switched off its news service.

"However, Google paying publishers for news is no longer unprecedented either,” says Tibbles.

“Google have signed an agreement to pay publishers in France, negotiated through a licensing model of their new launch News Showcase that includes access to paywalled content.

“So far in Australia, it appears there is little appetite to accommodate Google News Showcase as the solution to this issue in Australia and as a result the launch has been delayed.”

And while publishers and tech giants battle it out, there is not much thought given to advertisers.

“Ultimately, in the short term there is little upside to be had for advertisers should the bargaining code come into force across Google,” says Tibbles.

“Should Google search leave the Australian market completely, we would see a significant transformative impact across the digital and offline economy.”

Both publishers and advertisers will likely suffer, he says. Research from Spain, where Google News was removed in 2014, indicates that daily visits to news outlets may fall by up to 14%, with a greater impact across small to medium, local publishers, as a result advertising inventory and revenue declines.

Many small digital publishers rely on Google and Facebook to drive traffic to their platforms, helping to create an audience.

“Should Google comply, it is unlikely advertisers will see any immediate benefit, though – publishers will gain an extra revenue stream but no immediate increase in traffic,” says Tibbles.

“That being said, should publishers gain an insight into algorithmic changes and be able to game the system to give themselves an edge on Search Engine updates that leads to a long term increase in traffic, and therefore advertising revenue.”

John Vlasakakis, head of organic search, Next & Co, says News is one of the most important sections for informational based keywords.

“If news is ever removed from search it will have a drastic change on how people use Google,” he says.

“For brand marketing it eliminates a key section of where users will be looking for information on more informational based queries.”

Bec Russell, digital account director, Media Merchants, says News within search is vitally important for upholding the core values of society, including the right to information, ethical governance and justice.

“Yet it doesn’t provide any meaningful value to advertisers as this is not search inventory in which our ads are displayed against," says Russell.

“The loss of the entire Google search engine in Australia (as Google has mentioned could be a possibility should the News Media Bargaining Code be implemented in its current form) would have far greater implications on Australian businesses, but the removal of news alone is unlikely to change the day-to-day landscape for advertisers.”