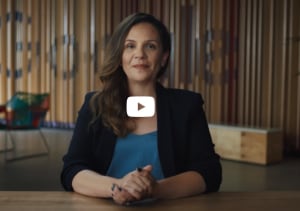 Google is showing Search users in Australia a new pop-up to warn them about the implications of the news media bargaining code, which the tech giant says will force it to pull Search from the local market.

The new message appeared today under Search results and refers to the proposed legislation which will force Google to pay eligible news publishers to link their content in Search.

In the popup, Google says it is “willing to pay to support journalism” and links to a video of AUNZ managing director Mel Silva explaining an alternative to the code.

“The news media bargaining code will break how Google Search works in Australia,” Silva says in the video.

“I know that sounds pretty full on, but it’s true.”

The new pop-up on Google Search

Google has proposed it pay publishers for their content through its newly launched News Showcase fund instead of paying for links in Search results.

More than 400 publications around the world have signed on to the initiative, but Google was grilled in a Senate hearing last Friday for halting its rollout in Australia.

“We’re not against a new law, but we need it to be a fair one,” Silva continues.

“Google has an alternative solution that supports journalism, it's called Google News Showcase.

“It would operate under this new law, and would support Australian journalism without breaking how Search works.”

It’s not the first time Google has used its popular platforms to voice its opposition to the code. The tech giant has previously shared open letters and videos across Search and YouTube to reach Australian users. ACCC chair Rod Sims previously labelled these messages as containing “misinformation”.