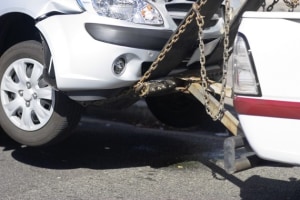 Youth publisher Junkee Media, with three quarters of its audience coming via digital platforms, would be damaged if Google withdrew Search.

The federal government is backing premium content publishers, such as News Corp and Nine Entertainment, with changes to the law.

However, many small digital publishers rely on Google and Facebook to drive traffic to their platforms, helping to create an audience.

“Any such move would have an outsized effect on smaller publishers and would severely diminish media diversity in our already heavily concentrated media market.

“The current debates around the code has created a level of uncertainty, which has made the formation of long-term strategy very difficult.”

Junkee Media, formed a decade ago and now has 51 staff, was built to leverage the huge audiences on Facebook and Google. Junkee was bought in 2016 by outdoor media specialist oOh!media.

Ackland believes Junkee would not exist without Facebook and Google.

“Large volumes of traffic came our way and fueled our early growth, but it was a double-edged sword as we became increasingly relying on them for traffic,” he says.

“Approximately 75% of Junkee media traffic is driven through search and social and almost all of that traffic comes from either Facebook or Google.

“A small tweak to Facebook or Google’s algorithm can have an outsized effect on our ability to drive traffic and therefore revenue.

“We have had to remain constantly vigilant to change it in the online environment lest we be left behind.

“Digital publishers are now subject to algorithms that appeared to reward the loudest voice in the room, which has given rise to clickbait and sensation at the expense of quality journalism.”

Junkee supports the code but says it thinks “it would be good for Junkee if both Facebook and Google stayed in Australia and we were able to find a way to continue to operate together in the marketplace”.