ANALYSIS - Ten out of Ten for SCA 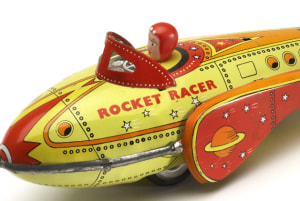 The free-to-air television audience across regional Australia is seeing a lot of changes on the small screen this month.

WIN, a regional broadcaster, has dropped Ten’s programming in favour of Nine.

SCA, dropped by Nine, now has Ten’s programs for its regional broadcasting.

All the programs are out there. You just have to be good with the remote.

Nine’s affiliate switch to WIN, whose owner billionaire Bruce Gordon is Nine’s biggest shareholder, is logical if only for the close ownership interests between the two companies.

Nine gets better regional distribution and keeps a big shareholder close. Gordon is currently pushing for a seat on the board of Nine.

While a positive outlook for Nine, the market at first didn’t like what it saw for SCA. Its share price fell as much as 20% when news broke of its loss of television affiliate status with Nine. The shares closed $1.98 on March 12 after a 10% fall.

On Friday last week the shares closed at $2.09.

In the end, the loss on Nine was of little financial impact on SCA. The switch to Ten as an affiliate picked up the slack.

Analysts at investment bank UBS: “A flat outcome versus the previous agreement with Nine is a good outcome.”

SCA now has an agreement with Ten to broadcast 10, 10 Bold, 10 Peach and 10 Shake in regional Queensland, Southern NSW and regional Victorian markets, for two years from July 1.

Brian Han, senior equity analyst at Morningstar, says the only surprise in SCA’s new two-year regional TV affiliation agreement with Network 10 was contained in the very last sentence of the announcement.

Management’s expectation for earnings from the new deal from July 2021 “to be neutral compared to the current Nine affiliation”.

Han says the announcement implies an affiliation fee, as a percentage of advertising revenue, of around 30% compared with the 50% which had been payable to Nine.

And the time is good as the media market lifts after the pandemic year of 2020.

“The (re)marriage of mutual necessity with Network 10 in the aggregated regional markets of Queensland, Southern NSW, and Victoria, after a five-year divorce, comes hot on the heels of a rapidly recovering radio advertising market,” writes Han in a note to clients.