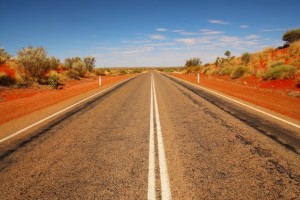 The advertising market in Australia has slowed but is showing resilience in the face of economic headwinds, according to industry players.

Australia is proving better at weathering the economic squalls than the US (-3 in June) or UK (-13%).

However, June in Australia -- a post election month which should have seen a jump of mainstream advertisers returning -- just had its nose above water at a positive 0.4%.

Media agencies say some clients are watching and waiting as interest rates rise on the back of surging inflation.

But travel ad spend is returning hard and, among media, cinema and outdoor media are continuing a strong recovery.

Seb Rennie, GroupM Australia chief investment officer: “As we closed 2021 we forecast a further year of growth in 2022 with an expectation that growth levels would be higher in the first half of the year.

“This was driven by a carry over of demand from 2021 into Q1 and then the expenditure boost provided by the Federal Election. As we enter the second half of 2022 our expectation is still for growth, but at far more moderate levels than were seen in the first half.

“With the growing impact of high levels of inflation and interest rate rises putting pressure on household savings and in turn placing a negative effect on consumer and business 2023 has the potential to be a challenging year for some media channels.”

Media industry analyst Steve Allen, Pearman’s director of strategy and research: “June 2022 is, as we expected, well off the previous growth figures and close to flat.

“Forward pacing data also points to our previous forecasting comments, that we believe the market will be largely flat from this time onwards for the remainder of the calendar year.”

Pearman is maintaining its calendar year forecast for 2022 of 7.25% growth, revised up from 6%.

“Noticeable is that radio, outdoor, magazines, cinema, and naturally newspapers, have not returned to pre-covid 2018/19 levels. TV has pretty much fully recovered.

“The growth number is all digital.

“We think monthly SMI data will become rocky from this point onwards, Though July/August should be OK for TV due to the Commonwealth Games.

“Radio, Outdoor, Cinema and to a lesser extent Magazines, should all keep clawing back lost ground.

"There will be no easy ride for the rest of this year. However Retail sales still keep posting very very strong gains, thus we as an Industry, are a little protected whilst consumers continue to spend, and are able to.

“The headwinds are mounting, though considerably better/easier here.

“We have a positive outlook….still!”

Pia Coyle, managing partner, Avenue C: “Even though we have lived through the strained demand of the last 6 months, it’s still heartening and somewhat surprising to see the full financial year numbers so buoyant compared to pre-covid times.

“We have proved a resilient industry, and not only backing the channels that have traditionally delivered for our clients, but also going all in on the burgeoning areas of digital video and digital audio.

“It's good to see a diversification of investment into these areas, which are growing significantly in audience. As we see SVOD platforms get ready to carry advertising, it’s exciting to think that the market is ready to jump in, which will further bolster the growth in digital video.

“Some clients are in a watch and wait space when it comes to the Australian economy, but we are encouraging them to keep spending.

“It’s moments like this, where the few advertisers double down in supporting brand can kick ahead of more conservative brands, especially as the market has softened, and there are some juicy deals to be had right now if you are brave and committed.”

“However the total market YoY and MoM growth trend is slowing, highlighted by the softening of the market we experienced in June, and which continued into July.

“The softening of the linear TV market is evidenced by the -6.2% decline in the June YOY results

“While we wait for further economic numbers (the AU quarterly inflation and interest rates) I would not expect spends in 2022 to be impacted, unless both numbers get dramatically worse and Australian spending habits continue to contract in-line with these changes.

“However, whether spend in the Australian media market will grow or decline in 2023 is a different story which will be told as we go into annual planning for our clients over the coming months.”

“As has been the case for a while, growth was driven by digital, but it has been good to see advertisers continuing to support linear TV, radio and outdoor in recognition of their continued ability to deliver mass reach.

“Of course, we are all well aware of the economic and geopolitical headwinds now facing markets across the globe, and the June SMI results do reflect the impact these challenges are likely to have on the ad market.

“That said, the Australian market is showing signs of ongoing resilience, with 0.4% growth occurring in June, compared to ad revenue declines across other major SMI markets.

“We remain cautiously optimistic that advertisers will not dramatically reduce ad spend over the coming months, particularly at a time of such uncertainty, when brands must continue to prove their relevance to struggling consumers.”

Simon Reid, national head of partnerships, Initiative: “For our market to land +14% up YOY is a great result off the back of two consecutive financial years of sub $8 billion spend. And to cap this financial year off with another record-breaking month is certainly pleasing.

“However, I do feel the June result is not reflective of the sentiment of the market at the time, as advertisers were shifting spend from May to June in order to avoid the perceived election clutter, and in turn masking the harsh reality that we have been entering a period of nervousness and a softening of the market for months now.

“Consumer sentiment locally has now dipped to its lowest point since April 2020, so it’s understandable for marketers to adopt a ‘wait and see’ approach before committing to large investments. I do however feel this lull is just that, a temporary lull before we kick back into overdrive in the run home to the calendar year.”

Fergus Stoddart, founding director, Edge: "It’s an interesting result, especially given what’s happening overseas and shows Australia is one of the more robust economies. It should stand us in good stead to weather the cold winds of recession that are clearly blowing in.
"Before we get too optimistic, there’s a couple of key factors that we need to be aware of that clearly skew the data and leave me cautious about the outlook.
"Firstly, Australia's spend has been helped by the importance of travel and tourism to our economy. The travel and tourism category have clearly burst out of its traps to try and mop up all the pent-up demand that exists amongst Australians to travel. Brands are looking to get everyone back into their pre-COVIDtravel habits with promotional campaigns. Talking to our clients in this sector, I'd expect this to continue but perhaps less aggressively.
"Secondly, we had an election so we saw government ad spend increase by over 50% from the previous year which despite the looming state elections clearly won't repeat."
Paul Wilkinson, head of commercial, Half Dome: "“I think it’s fair to say that the Australian market has proven itself resilient in the face of uncertainty: 14.5% growth over the financial year is phenomenal.
"For me, the biggest take out when looking at the year is the shift in spend profile by channel, with digital now sitting in the top spot. Ultimately, it was inevitable, but I don’t believe anyone expected it to happen quite so quickly – it was no doubt expedited by COVID and I believe it will now be the norm moving forwards.”
Angela Feruglio, director, Seed: "It is great to see advertisers support the influx of major blockbusters over recent months; particularly targeting the youth segments. Cinema admissions are up 54% for the first half of the year vs. 2021. The June Top Gun: Maverick release attracted over 4 million admissions and landed at the #5 film of all time."