SMI - Ad spend hits a record for the financial year 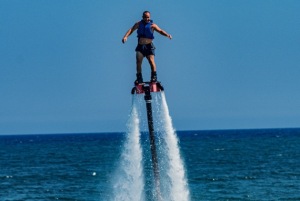 The media agency market has closed the financial year with record ad spend.

"The data also affirms the ongoing growth of agency ad spend in Australia, with the market arguably on track to hit $9 billion in size next year, having grown by more than 35% - or by $2.3 billion – in the past ten years."

Ractliffe also says the SMI data proves the Australian and New Zealand markets were also more resilient in June than their global counterparts.

New Zealand also reported a small increase in June ad spend (+0.2%) . In the US, SMI data has just revealed the first decline in that market in 22 months (-3% YOY). In Canada the market fell 4% in June and in the UK the decline was 13%.

"Clearly advertisers in our region are more confident in the future than those in the northern hemisphere as they are continuing to invest strongly in their media investment,’’ she says.

In Australia, the key product category trend this year has been growth in government ad spend, with the total up $200 million from the previous financial year to more than $550 million, overtaking the automotive category as the market’s second largest.

Another key trend has been the return of travel category ad spend, with the total growing by 31% this financial year and continuing to lift its ranking. By the month of June, travel emerged as the market’s fourth largest, up 36.6% year-on-year.

Among the major media, standalone digital media is reporting the strongest gains in both June and across the financial year (+10.9% and +25%) with video media growing 7.7%, audio lifting 11.2%, news media up 3.3%, magazine revenues have grown 5.7% and cinema has more than doubled o $59.3 million.

"But while all the traditional media are continuing to grow their digital-related ad spend, it’s clear the biggest change of the COVID pandemic has been the further growth of the standalone digital media with total ad spend moving to standalone Digital since the FY 2019/20 period now just above $900 million,’’ Ractliffe says.