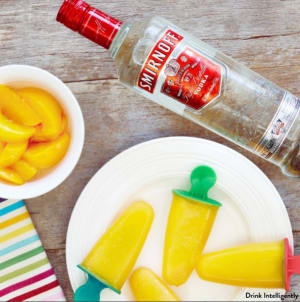 The Alcohol Advertising Review Board (AARB) has recently streamlined its focus to outdoor and social media as the board says it is difficult to effectively manage who views these forms of advertising.

The AARB has been challenging the alcohol industry's self-regulatory system since its launch in 2012. The board works with a range of health organisations around Australia including McCusker Centre for Action on Alcohol and Youth.

The centre's executive officer Julia Stafford told AdNews the current state of alcohol advertising on social media is “socially irresponsible” and there is an urgent need for a new approach away from self-regulation.

“The issue is, should brands be promoting on social media when there are not appropriate technologies in place that ensure young people aren't exposed? Stafford asks. “If it can't be controlled in terms of exposure, alcohol brands shouldn't be allowed on these platforms.”

Another issue highlighted by Stafford is the access big alcohol brands have to cutting edge technology and marketing expertise.

Brands like Smirnoff and Vodka Cruiser have colourful, fun social media pages that often feature music events and festivals, which could attract under 18s.

In “the worst alcohol ad of 2014-15” a 12-year-old left a review for a Vodka Cruiser Pineapple Passion Punch, saying: “had a sip on my 12th birthday, went off my head gr8 flava wud recemend, gud value fo mone.”

“While there may be some form of age gating [Smirnoff says you have to be over 18 to use its hashtag on Instagram] it's so hard to monitor,” Stafford says.

The same applies to outdoor, with ads often placed on public transport and at bus stops used by children; there are no limits in place to protect viewers.

“When we are talking about a product that is not suitable for under 18s and is associated with huge health and social problems, why should it be able to be marketed in an uncontrolled space?" Stafford says. “Placement is central to the industry, but it continues to be completely ignored by companies.”

With the AARB annual review finding 72% of Australians support legal controls to reduce young people's exposure to alcohol advertising, Stafford reveals the organisation will continue to push for independent regulation.

“The current controls in place don't just need a tweek, they need to be redone from scratch. The current industry code does not even address placement. It's absurd.

“While there are similarities between what needs to be done on alcohol and what has happened on tobacco, we are pushing for controls rather than an outright ban,” Stafford says.